Download Aston Martin AMR21 Formula 1 car wallpapers in 4K for your desktop, phone or tablet. All images belong to their respective owners and are free for personal use only. 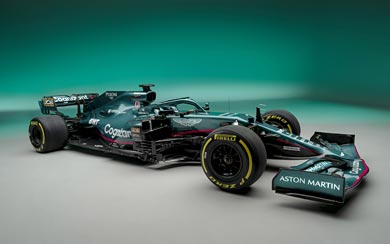 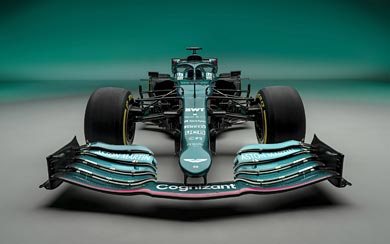 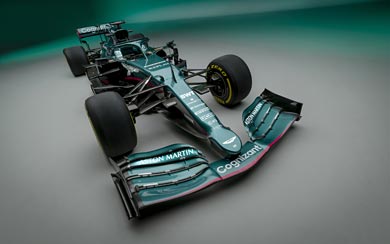 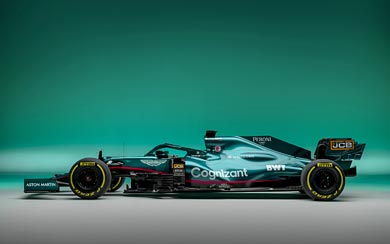 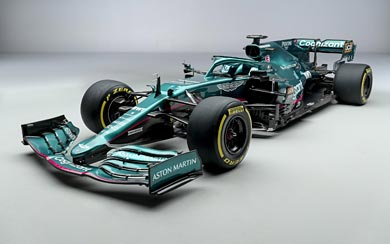 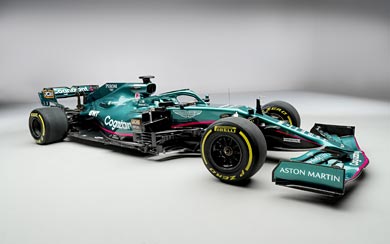 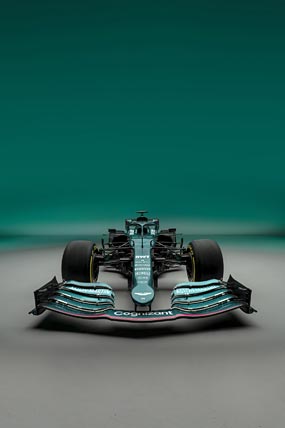 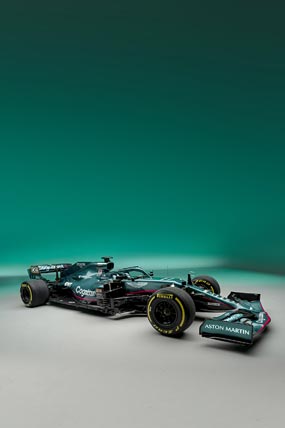 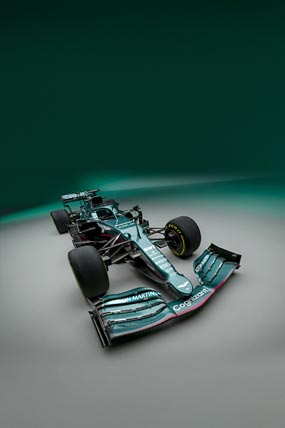 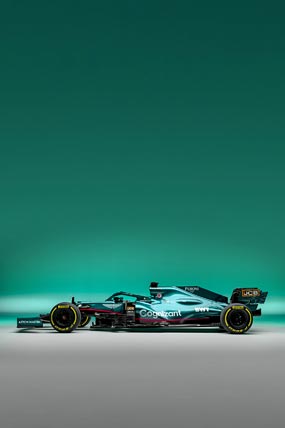 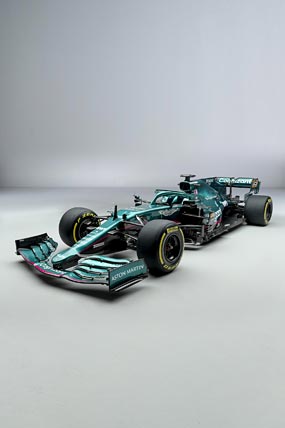 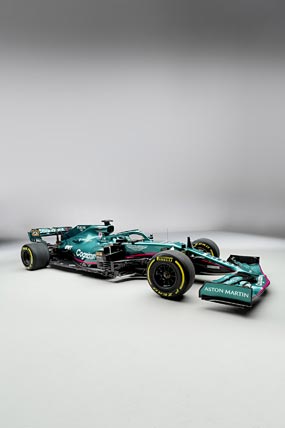 Following in the footsteps of Jaguar, Team Lotus and Caterham, Aston Martin are bringing back the green into Formula 1. Formerly known as Racing Point, which was Force India before that, Aston Martin is the result of new ownership and backing behind the team that has been implementing great change over the last couple of years.

With increased investment and facilities, the team is poised to utilise it’s new found capabilities and become one of the big players in F1. For the 2021 season the team have recruited 4 time world champion Sebastian Vettel to drive alongside Lance Stroll, with Vettel having to prove he still has what it takes after a disappointing final season at Ferrari.

The reveal of the teams new green livery is a welcome sight with the implementation of sponsor BWT’s pink colour handled in a subtle but effective manner, with a pink line trailing along the bottom half of the car separating the upper green and lower unpainted carbon fiber sections.