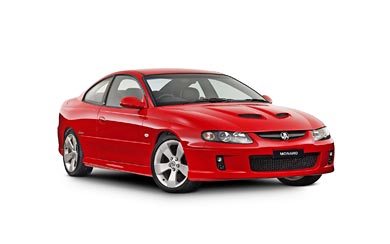 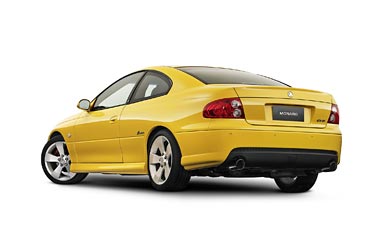 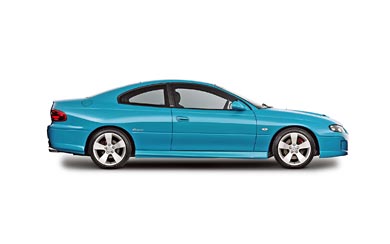 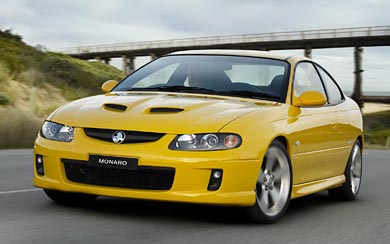 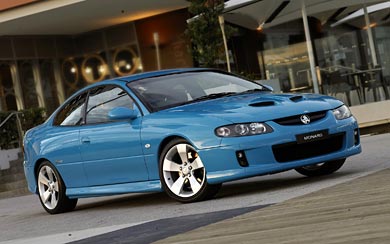 The 2004 edition of Holden's iconic Monaro sports coupe boasts the most substantial upgrade since its sensational debut almost three years ago. The striking new VZ series Monaro CV8 sports coupe is the most powerful mainstream Holden ever produced. Its 5.7 litre Gen III V8 engine receives a boost in peak power to 260 kilowatts* and now develops 500 Nm of peak torque*, on call over a wider rev range.

Powertrain refinements deliver a more forceful launch feel, more mid-range torque and a sharper sports character, balanced by an upgraded braking system that is the largest of any production Holden. The performance boost is advertised by a base note V8 burble, broadcast via big-bore 95 millimetre dual exhausts.

Monaro's muscular new look is pointed up by aggressive styling cues like twin bonnet scoops, strong front facia graphics and an exclusive vivid blue exterior finish called Turismo. Monaro has been Australia's top-selling sports car since its release and it is exported to markets including the United States, where it sells as Pontiac GTO, the Middle East as Chevrolet Lumina S and SS Coupe and Britain as Vauxhall Monaro.