Download Jaguar C-X75 Prototype car wallpapers in 4K for your desktop, phone or tablet. All images belong to their respective owners and are free for personal use only. 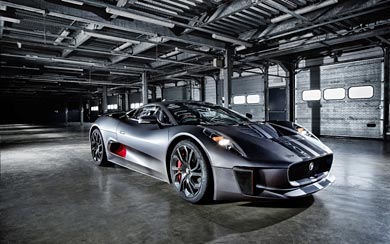 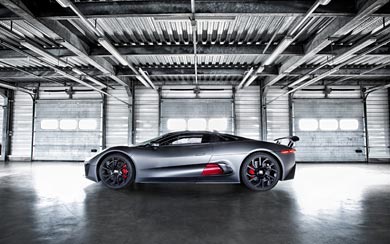 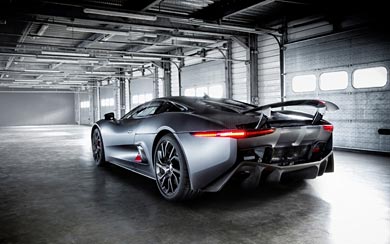 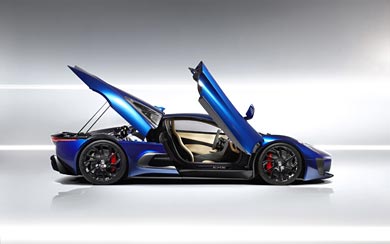 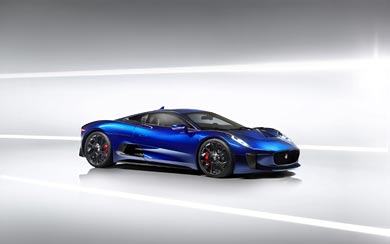 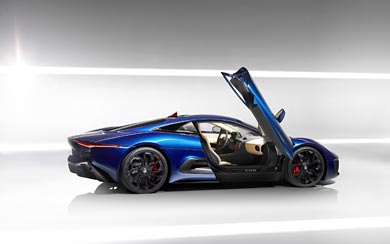 The C-X75 has a combined power output in excess of 850 hp and 1000 Nm of torque, thanks to its state-of-the-art, Formula 1-inspired, 1.6-litre dual-boosted (turbocharged and supercharged) four-cylinder powerplant which generates 502bhp at 10,000 rpm. It is allied to the highest torque and power density electric motors in production, which generate a further 390 horsepower. The battery pack in the C-X75 is the highest continuously rated power PHEV pack in the world, capable of delivering more than 300kW over the full state of the charge window.

The C-X75 can sprint from 0-100mph in less than six seconds, thanks to its advanced 7-speed automated manual transmission that allows gearshifts in under 200 milliseconds. The very first C-X75 prototype exceeded 200mph in testing with ease, and the car has a theoretical maximum velocity of 220mph.

The car’s deployable aerofoil and underfloor aerodynamics create more than 200kg of downforce at 200mph, and active systems enhance its high-speed stability.

“The C-X75 programme represents the pinnacle of Jaguar’s engineering and design expertise. It is arguably the world’s fastest test-bed for the world’s most advanced technologies, combining as it does a remarkable hybrid powertrain with awe-inspiring performance. Jaguar is always looking to shape the cars of tomorrow and with projects like C-X75 we are laying the foundations for the next generation of Jaguar innovations.” Adrian Hallmark, Global Brand Director, Jaguar.