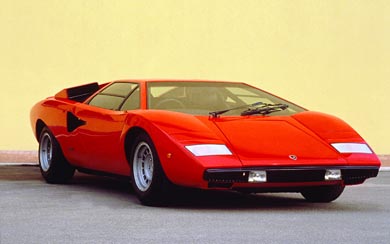 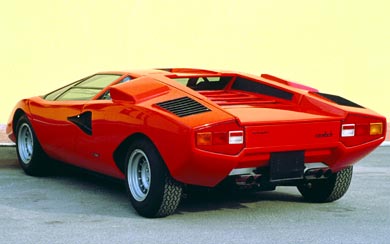 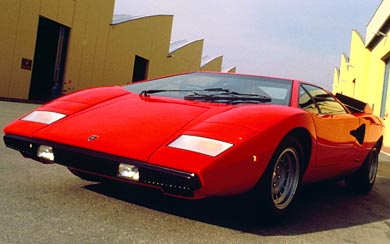 The Lamborghini Countach design both pioneered and popularized the wedge-shaped, sharply angled look popular in many high performance sports cars. The “cabin-forward” design concept, which pushes the passenger compartment forward in order to accommodate a larger engine, was also popularized by the Countach.

The Countach was styled by Marcello Gandini of the Bertone design studio, the same designer and studio that designed the Miura. The doors, a Countach trademark, were scissor doors: hinged at the front with horizontal hinges, so that they lifted up and tilted forwards. The main reason is the car’s tubular spaceframe chassis results in very high and wide door sills. It was also partly for style, and partly because the width of the car made conventional doors impossible to use in an even slightly confined space.

The Countach’s styling and visual impression caused it to become an icon of great design to almost everyone except automotive engineers. The superior performance characteristics of later Lamborghini models (such as the Diablo, or the Murciélago) appealed to performance car drivers and engineers, but they never had the originality or outrageousness that gave the Countach its distinction.