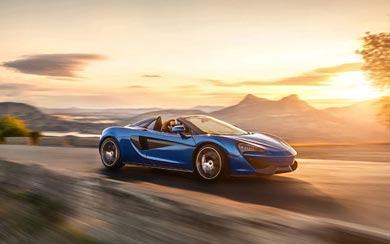 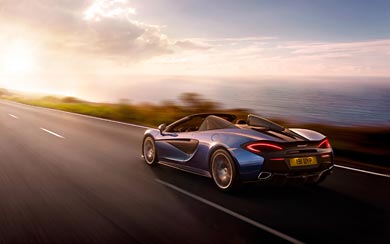 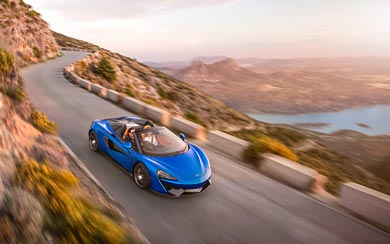 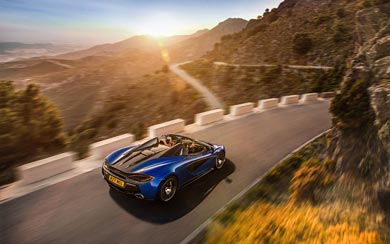 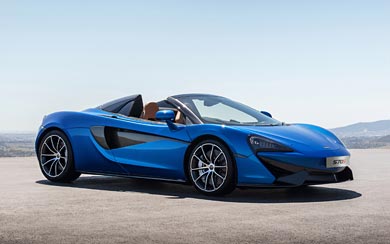 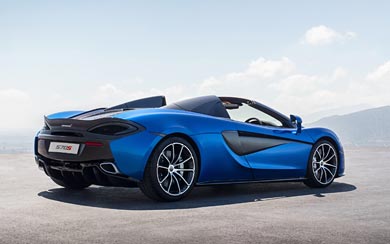 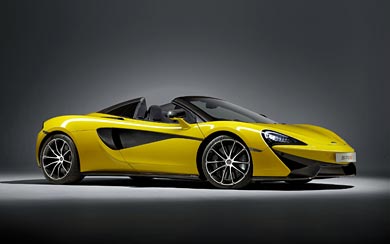 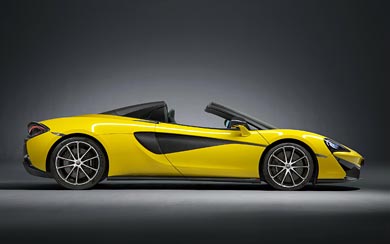 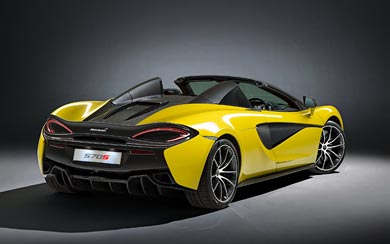 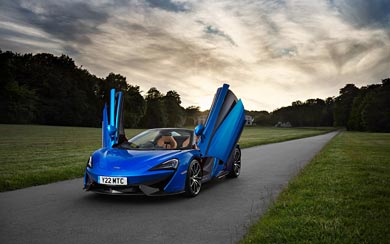 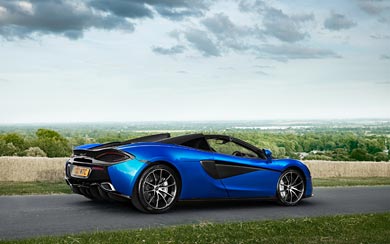 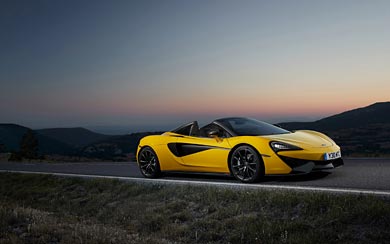 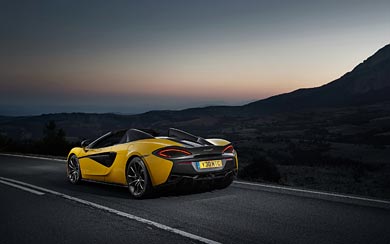 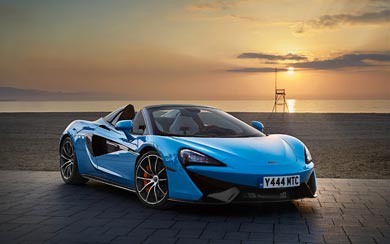 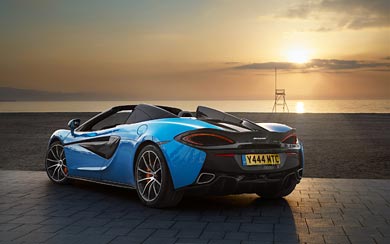 Hand-assembled in Woking England, the new McLaren 570S Spider delivers an open air driving experience for the brands most affordable car. The Spider retains the core essence of the 570S Coupe, with carbon-fibre construction, a mid-engined layout, rear wheel drive and performance that will scare most cars on the road. The Spider in he third entry in McLaren’s Sports Series portfolio, taking it’s place alongside the Coupe and GT.

The folding hard top roof is stowed away beneath a newly crafted tonneau cover, which is capable of opening and closing in just 15 seconds at speeds of up to 40 kph (25 mph). An optional sports system for the exhaust can be fitted which features an ESG to channel exhaust sound towards the cabin, via the area beneath the tonneau cover. The folding roof mechanism ads just 46 kg of weight, and is the only extra weight added to the car when compared to the Coupe, helping to maintain the same level of performance numbers for the Spider.

“The McLaren 570S Spider is the most attainable McLaren Spider to date and adds yet another dimension to the McLaren Sports Series family. This is a convertible without compromise; its mid-engined layout and carbon fibre MonoCell II chassis guarantee the same thrilling dynamic performance and exceptional driver involvement enjoyed in a 570S Coupé, but with the added attraction of a retractable hard-top that delivers the extra exhilaration of roof-down motoring.” Mike Flewitt, Chief Executive Officer, McLaren Automotive