Download McLaren Artura car wallpapers in 4K for your desktop, phone or tablet. All images belong to their respective owners and are free for personal use only. 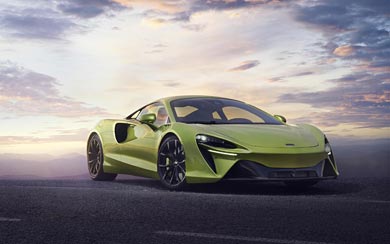 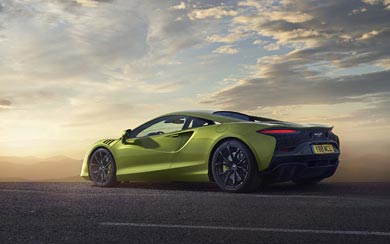 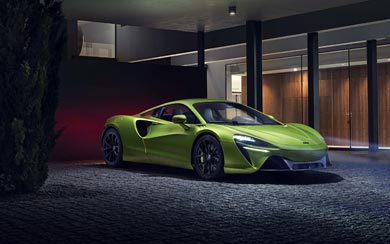 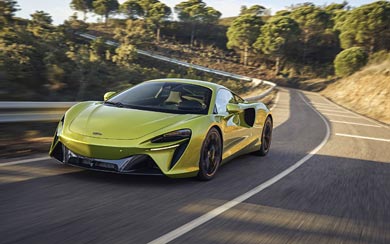 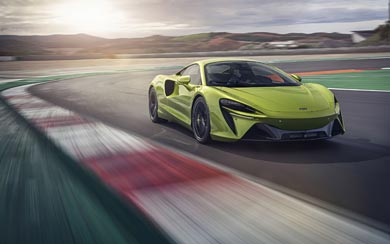 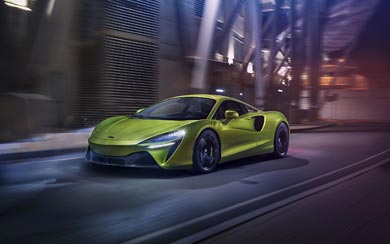 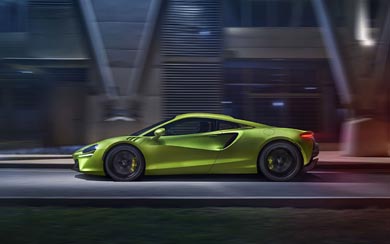 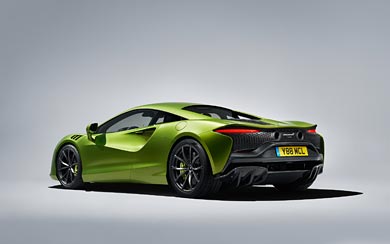 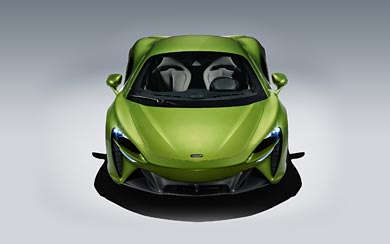 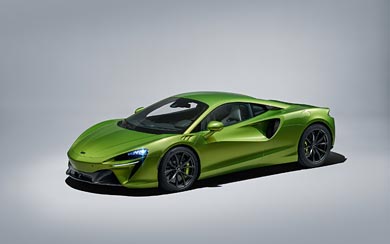 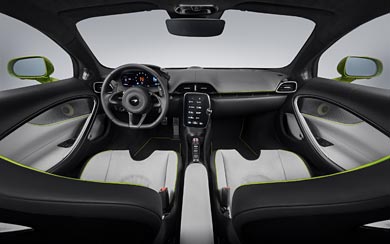 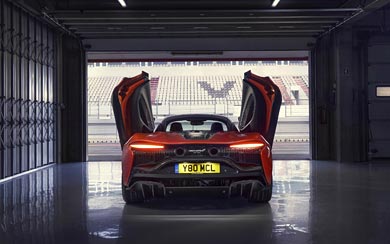 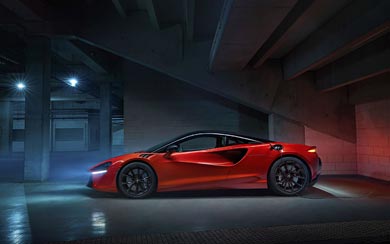 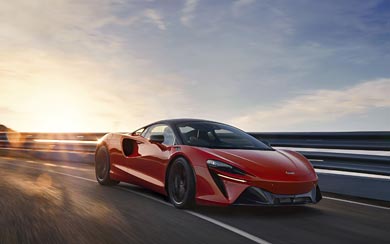 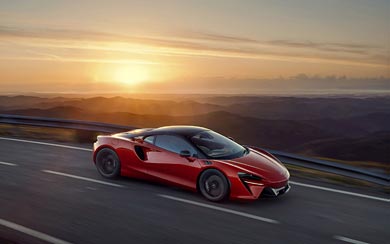 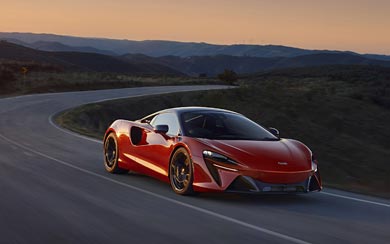 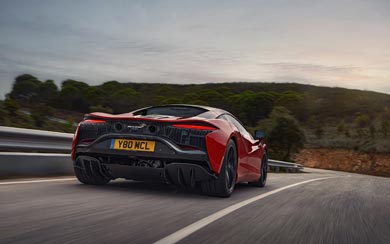 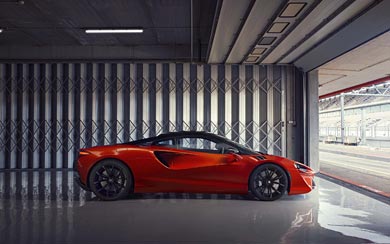 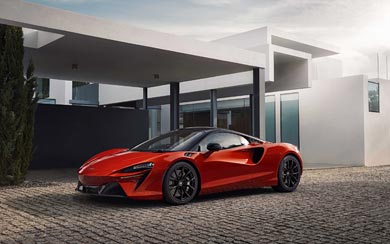 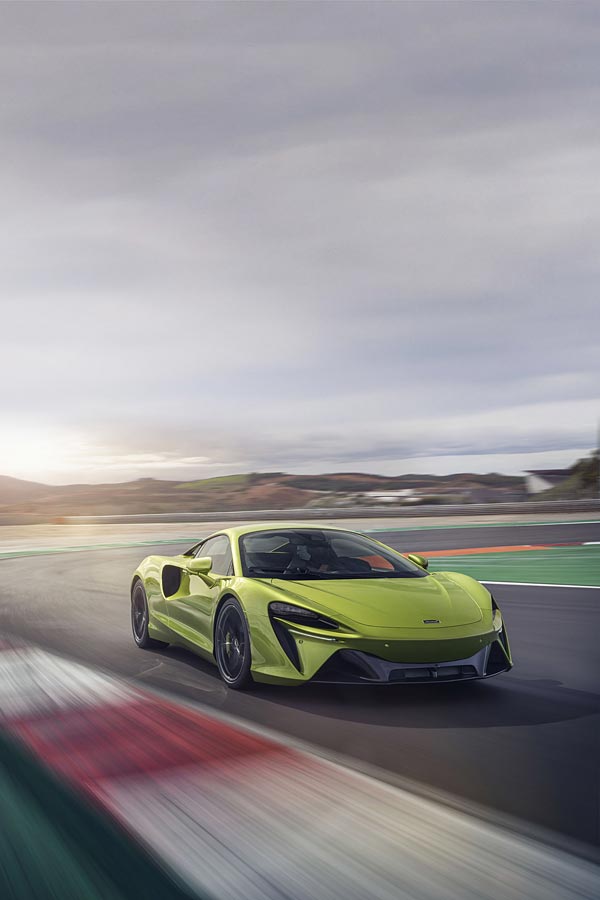 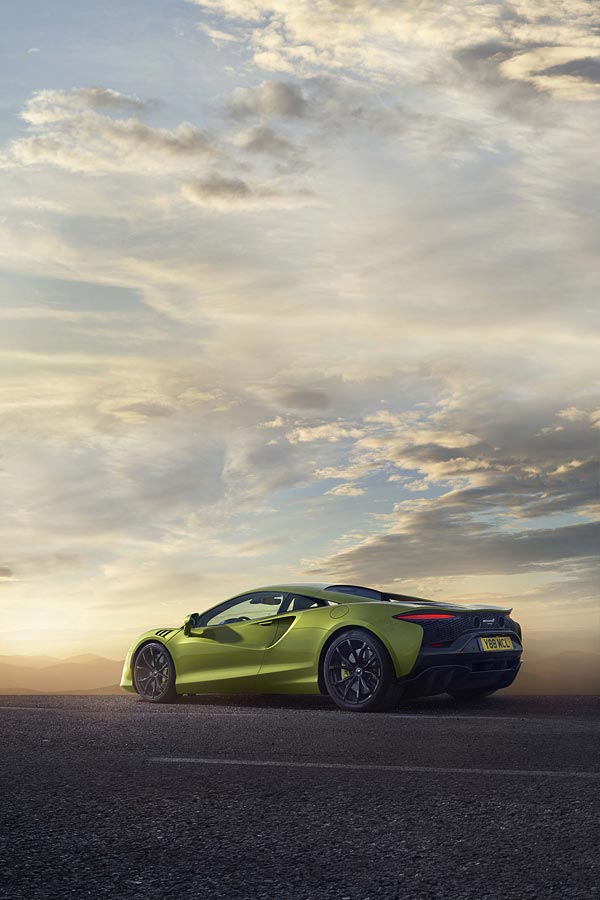 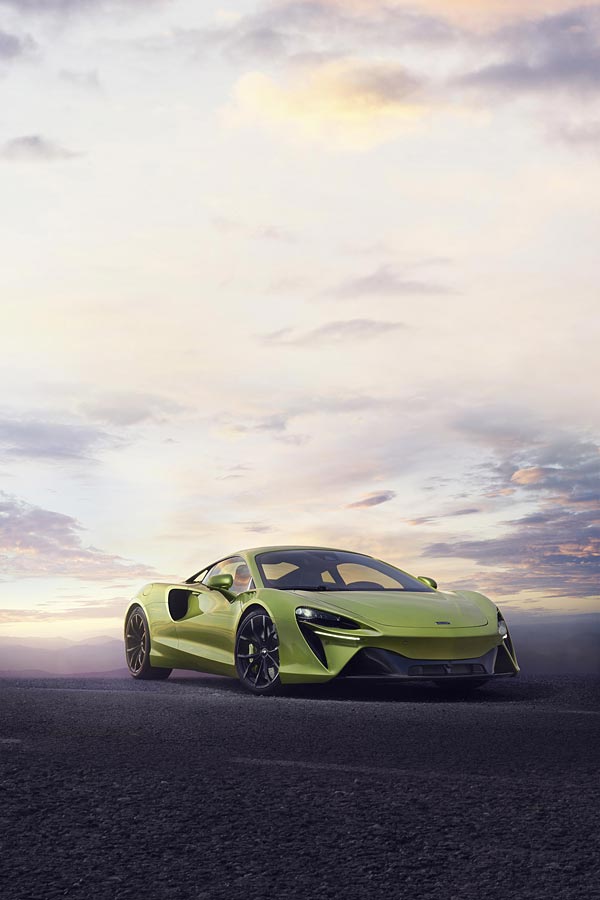 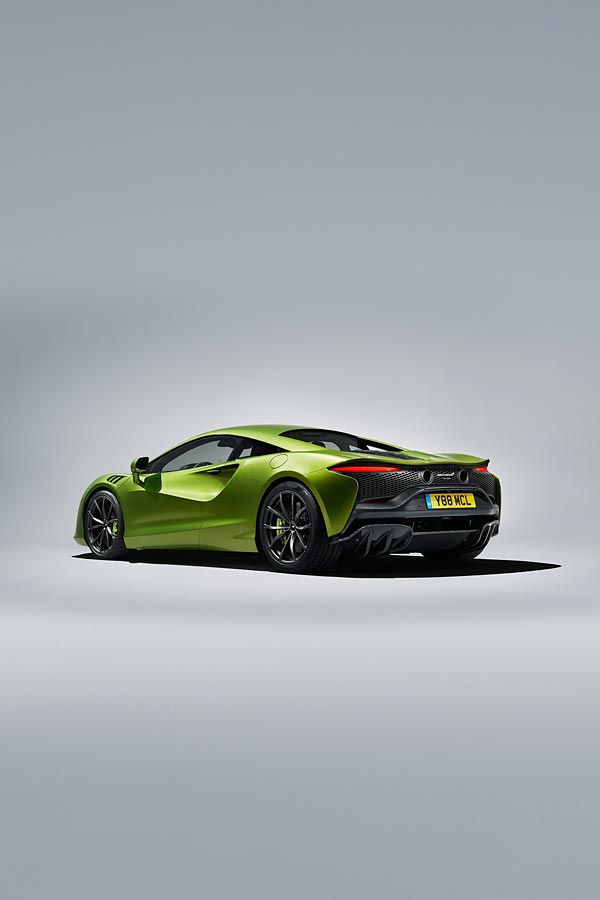 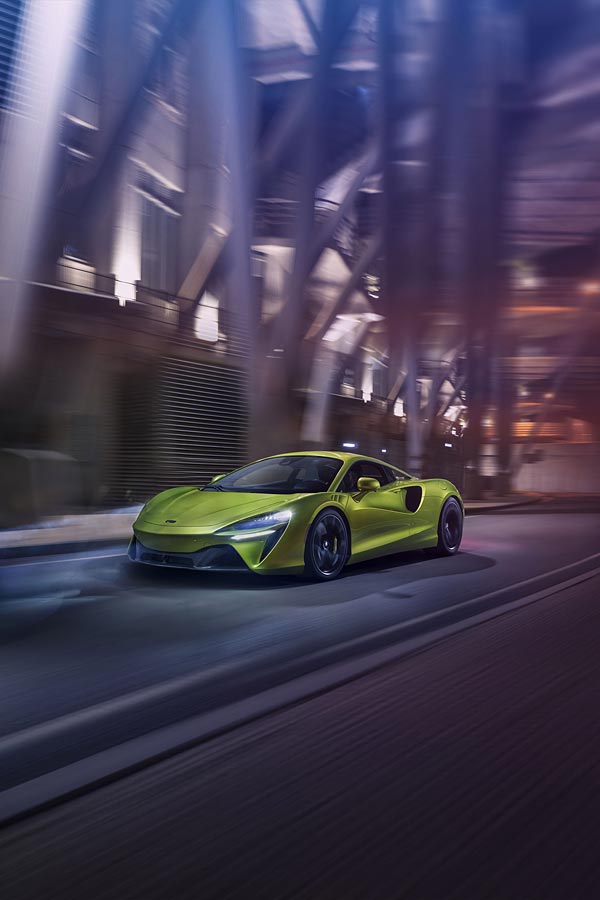 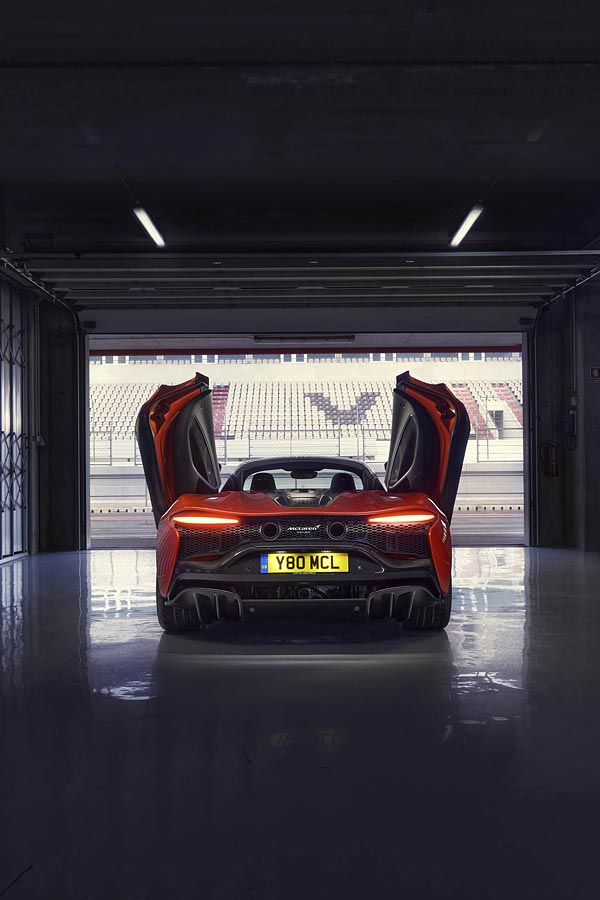 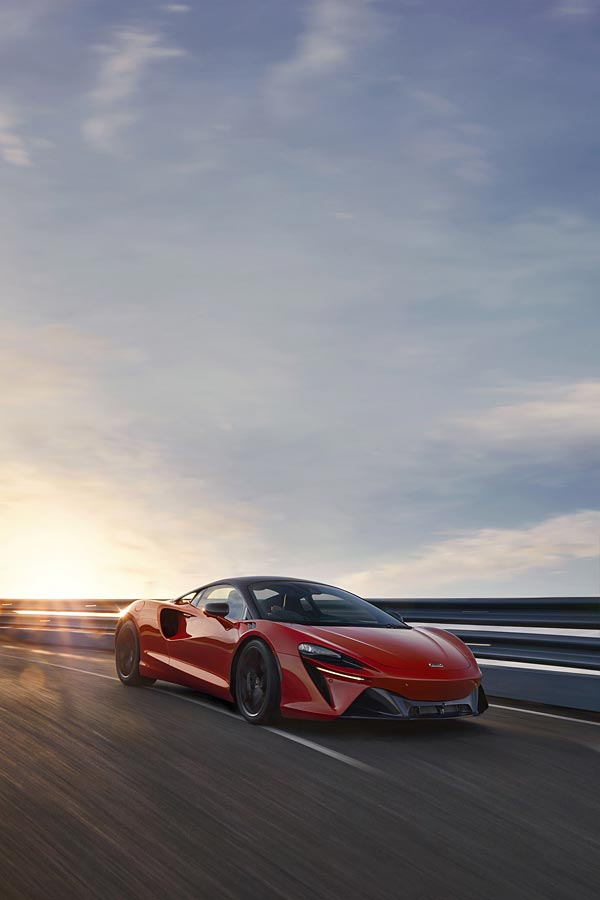 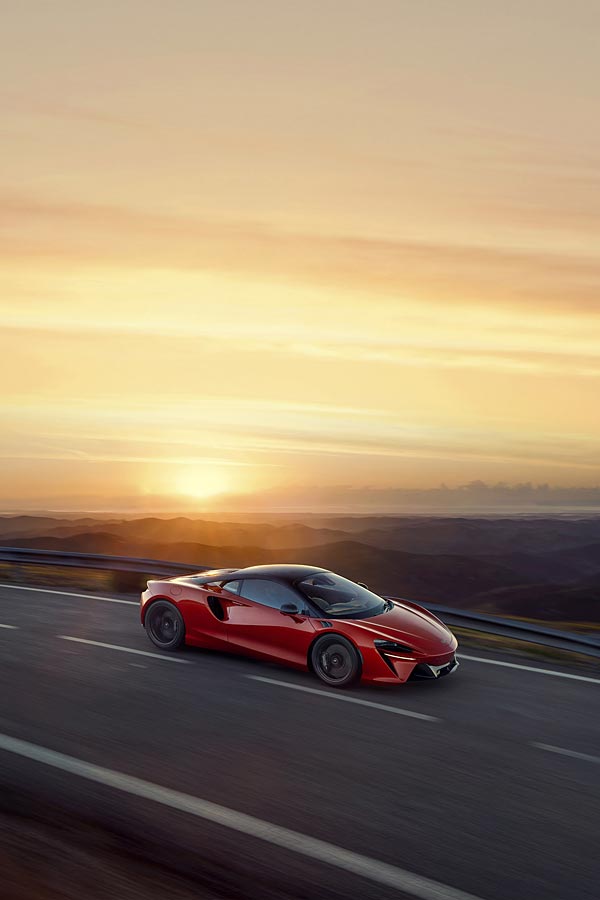 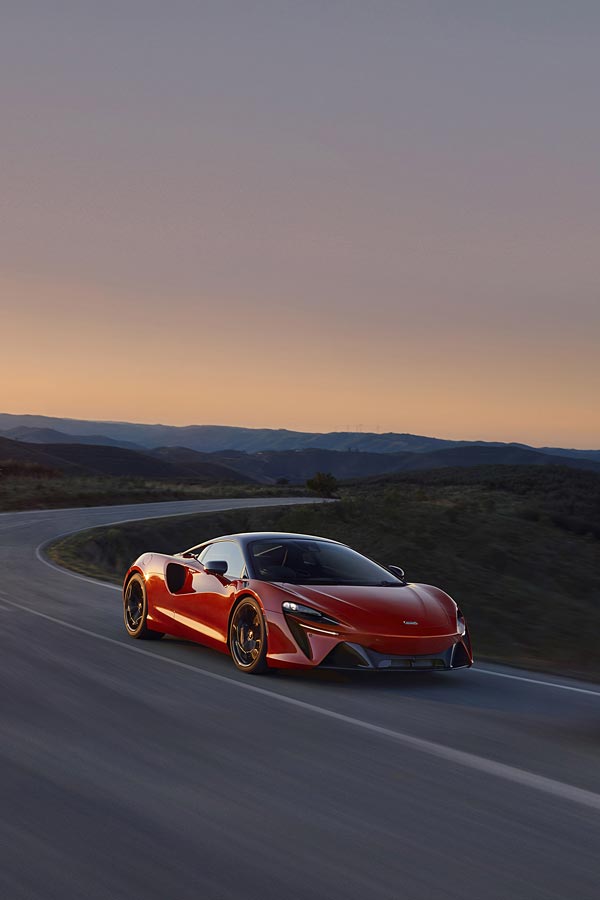 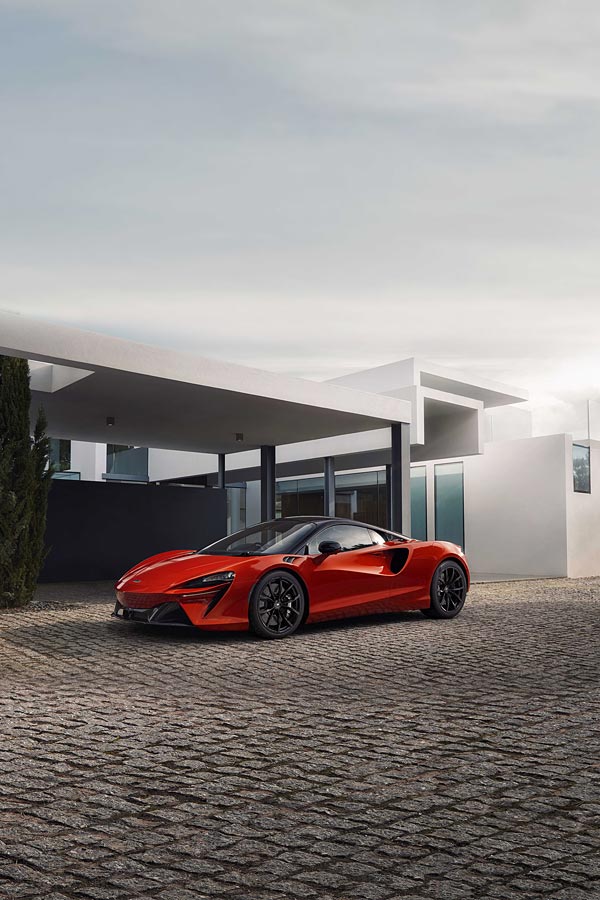 McLaren’s new Artura supercar is powered by a plug-in hybrid turbocharged V6 engine, and features an all-new chassis. That new carbon fiber chassis marks a new era for McLaren, with the Artura replacing the Sports Series of cars in their line-up which consisted of the 570S, 600LT and all their derivatives. It will take it’s place above the McLaren GT and below the 720S in performance credentials and be the first time the British brand has used a V6 engine.

The stout twin turbo V8 which first appeared in the MP4-12C has been pushed aside in favour of a smaller and lighter 3.0L V6. It’s coupled with a plug-in hybrid system consisting of a single electric motor that can generate 94 hp and 166 lb-ft of torque by itself, but only for 15 seconds at a time. Peak power and torque equal 671 hp and 531 lb-ft when both power units are working together, but once the 15 seconds of electric boost is over, the power and torque drop down to 577 hp and 431 lb-ft respectively.

The styling is more evolutionary then revolutionary, taking cues from the GT, 720S and 570S it replaces. Whilst McLaren are stating that 98% of this car is new, they obviously weren’t interested in a clean sheet design, choosing to continue their existing design language.