Download Mercedes SL Mille Miglia car wallpapers in 4K for your desktop, phone or tablet. All images belong to their respective owners and are free for personal use only. 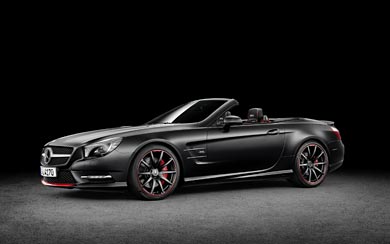 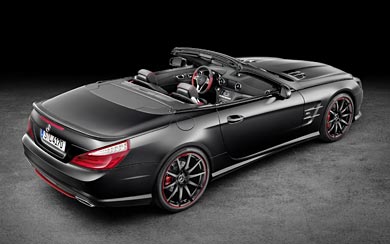 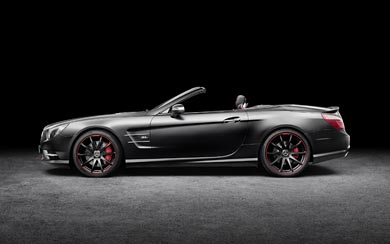 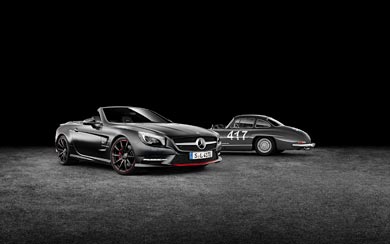 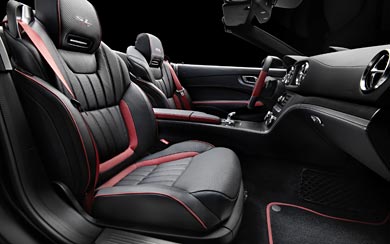 Mercedes-Benz celebrates the 60th anniversary of a memorable motor racing success with an extraordinary special model of the SL Roadster. Its name commemorates the unexpected victory of a 300 SL in the production sports cars class at the 1955 “Mille Miglia”, one of the world’s most challenging long-distance races. What’s more: the SL Special Edition “Mille Miglia 417” provides a special experience of the unique symbiosis of maximum comfort and motor racing spirit that traditionally characterises every SL. The Special Edition adds a distinctive note, among other things, with red exterior highlights and fine materials in the exclusively appointed interior.

The Mercedes-Benz SL Roadster is more than an icon. Passion shapes its character and its charisma – in the past and today. Legendary vehicles and their stories dominate the model history. One of them is told by the SL that started the famous “Mille Miglia” in 1955 with race number 417 at 4:17 am. After 11 hours, 29 minutes and 21 seconds it had completed the race distance of 1597 kilometres on public roads from Brescia to Rome and back. Driven by the American private driver John Fitch with assistance from his co-driver Kurt Gessl, it crossed the finish line to great acclaim in fifth place of the overall standings and as the winner of the production sports cars, leaving numerous racing prototypes behind. Production 300 SL cars also took second and third place in this class.

After 60 years the new SL Special Edition “Mille Miglia 417” now expresses the laudatory proclamation about this victory and the car with race number 417. For this reason Mercedes-Benz also integrated the legendary number “417” into the badge of this special model as a reminder – a symbol for the passion that helps shape the charisma of every SL Roadster.