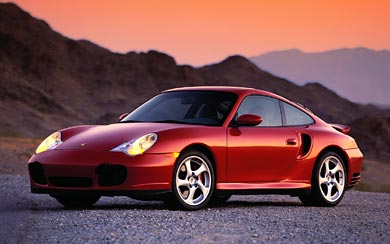 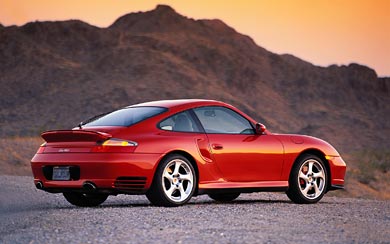 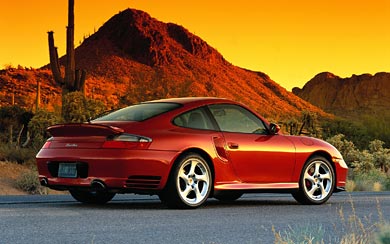 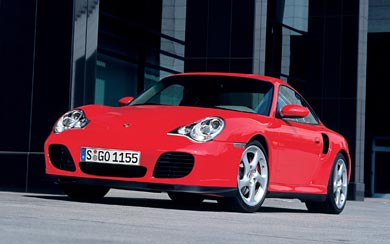 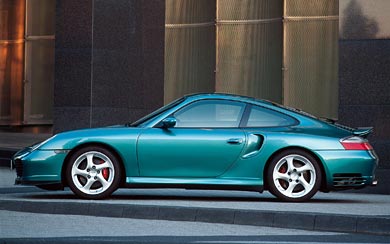 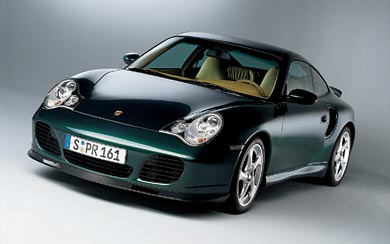 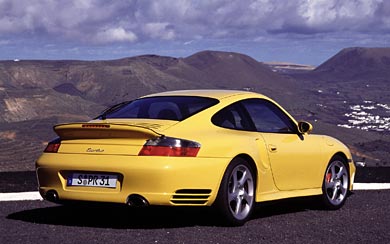 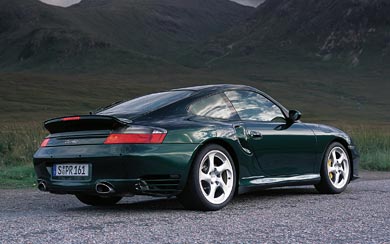 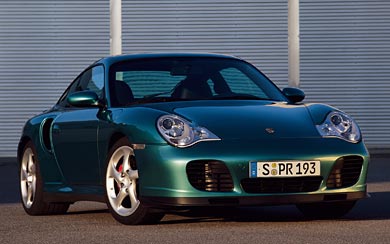 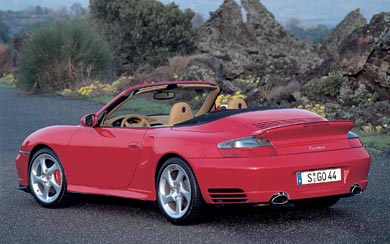 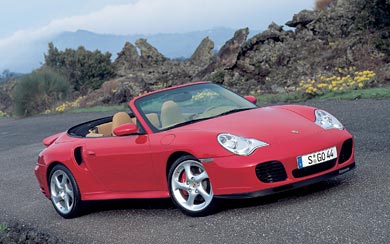 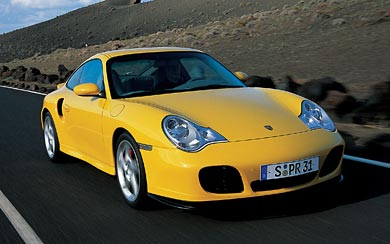 In 2001 Porsche introduced an all-new Porsche 911 Turbo with a 415-horsepower twin-turbo engine, advanced all-wheel drive and exclusive styling. For 2002, Porsche offers an optional engine enhancement performance package to boost horsepower from 415 to 450. As well as offering more power, the Turbo’s standard equipment list also expands with a Bose high-end digital audio system and other additonal luxury features. In addition, the Porsche 911 Turbo adds new front seat belt pretensioners and force limiters to its extensive roster of safety technology, and the trunk now includes an anti-entrapment release with internal handle.