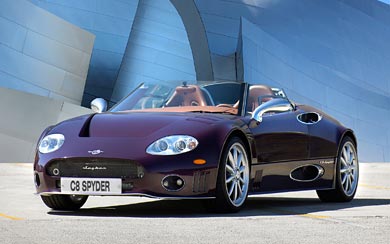 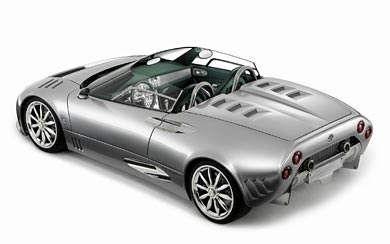 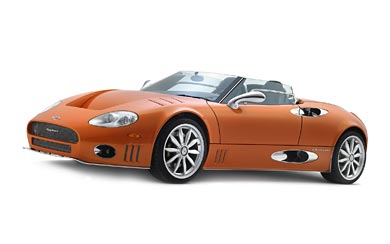 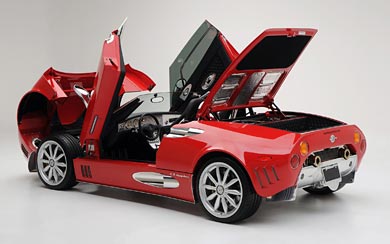 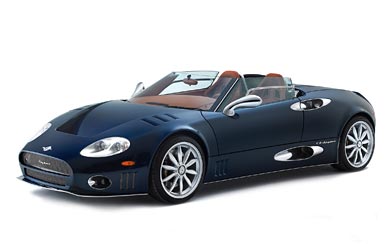 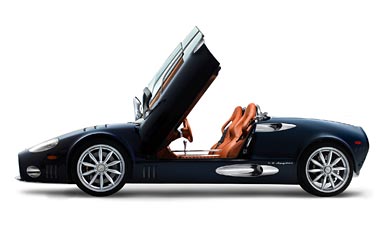 The C8 Spyder is the original base model with an Audi 4.2 liter V8 engine giving the car 400hp and a top speed of 300km/h. The C8 spyder T has a more powerful Audi 4.2 liter V8 twin turbo with 525hp giving it a top speed of 320km/h. The C8 Laviolette has the 400hp Audi engine but unlike the spyder models that come with either a soft or a hard top, the Laviolette has a glass canopy. The C8 Double 12R is a version made specifically for the 24 hours of Le Mans also using the Audi V8 engine with 480hp and the C8 Double 12S is the street version of this car which has the same glass canopy of the Laviolette and optionally has a 600hp engine instead of the 400hp engine from the C8 spyder, giving it a top speed between 300km/h and 345km/h depending on the engine. Both Double 12 versions have a modified C8 spyder frame with a longer wheelbase and a bigger fuel tank, 100 liters instead of 75. The GT2R is the latest racing model of the car and has 450hp and an open top with a metal rollcage. The Spyker C12 LaTurbie is the most recent road model and also has a long wheelbase but comes with a new 12 cylinder 6.0 litre Audi W12 engine producing 500hp. Despite the changed designation, C12 instead of C8, the car’s appearance is still similar to that of the C8 models. C12 refers to the twelve cylinders, while the C8 has only eight.