Download Subaru Impreza WRX car wallpapers in HD for your desktop, phone or tablet. All images belong to their respective owners and are free for personal use only. 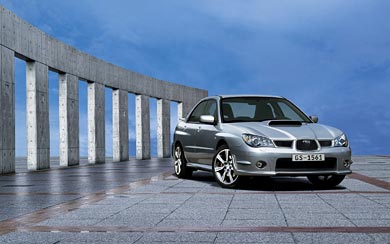 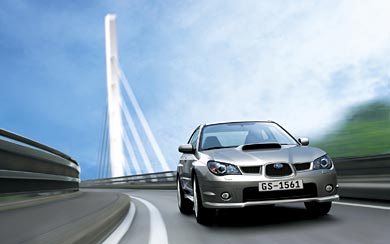 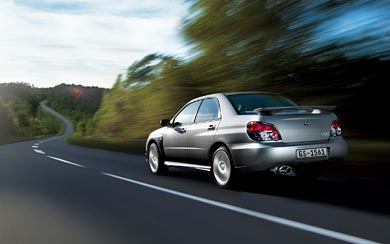 Another update of the 2nd generation Subaru Impreza was introduced in mid-2005, including the performance models, with the controversial “jet intake and wings” grille first debuted on the Subaru R1 keicar, along with new headlights, taillights, and bumpers. Subaru states that they chose this style to go back to their heritage, paying homage to their grandfathered company, the Nakajima Aircraft Company, while others believe it is an interpretation of the Alfa Romeo grille originally designed by now Chief Designer at Subaru, Andreas Zapatinas. Another modification with the new facelift was the adoption of a 2.5L engine for all export markets. The bigger engine is available with AVCS and produces 230 PS (169 kW) and 320 Nm (235 ft-lb) of torque. However, these numbers are likely underrated as shown by multiple dynomometer tests. Japan retains the more powerful 2.0L motor.