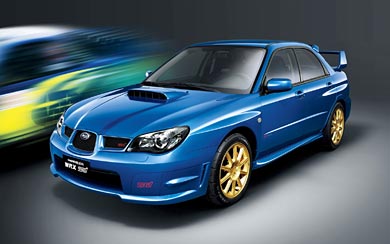 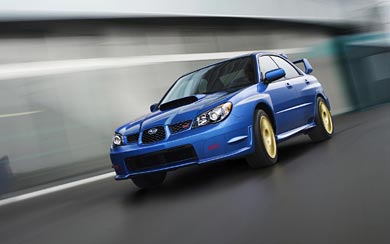 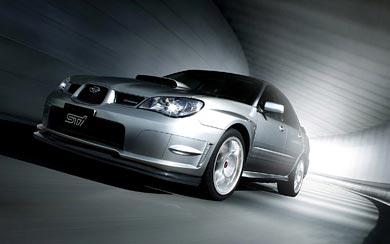 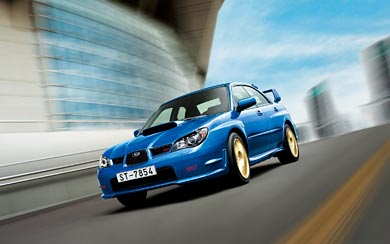 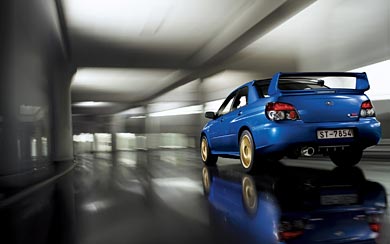 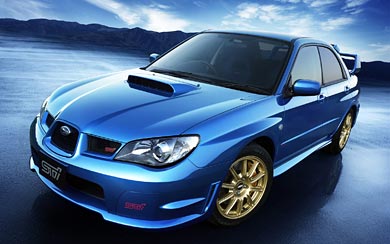 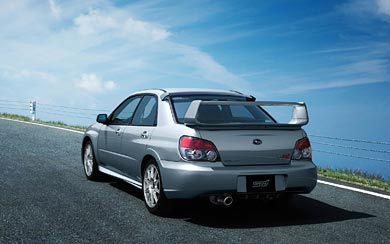 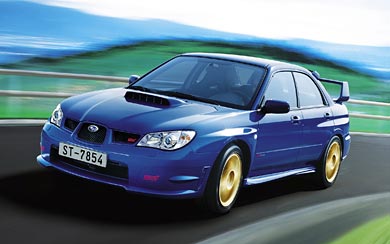 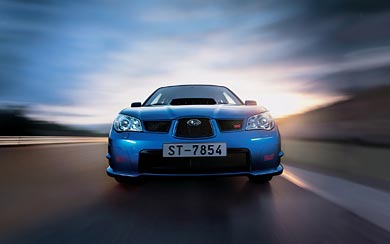 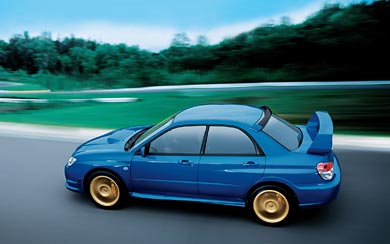 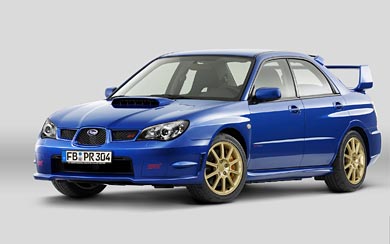 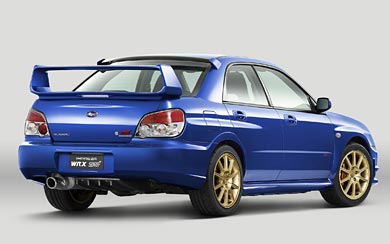 Subaru unveiled the 2007 Impreza WRX STI Limited model at the New York International Auto Show. The new edition of the road-conquering Impreza WRX STI package creates greater comfort and refinement with subtler exterior styling, but does not sacrifice the performance of this street legend.

The WRX STI Limited will be available in the fall in a limited run of 800 numbered units, 400 in Satin White Pearl and 400 in Urban Gray Metallic.

The 2007 WRX STI Limited delivers all the power and performance of the standard model. This new limited-edition version adds a layer of refinement and design detail enhancements targeted at a new group of driving enthusiasts looking for supercar performance but with an understated demeanor. Designed by Subaru Tecnica International (STI), the high-performance and motorsports subsidiary of Fuji Heavy Industries Ltd., the WRX STI Limited is descended from the Subaru WRC Rally car.

“The WRX STI redefined the performance car category when it was introduced in 2004. We know some enthusiasts have resisted the temptation to buy one simply because they want more everyday driving comfort and refinement, along with less aggressive styling,” said Fred Adcock, executive vice president, Subaru of America. “Now, with the STI’s reputation for pure performance unquestioned, we recognized an opportunity to broaden the car’s appeal.”