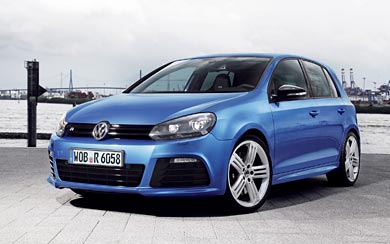 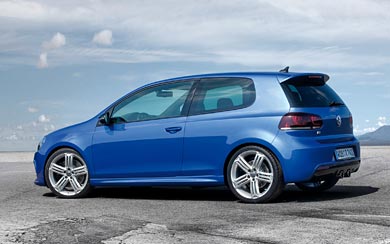 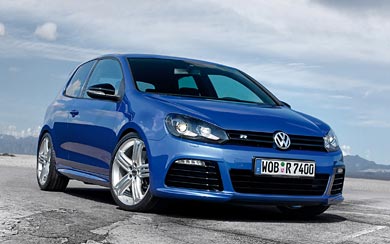 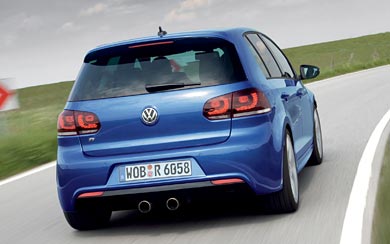 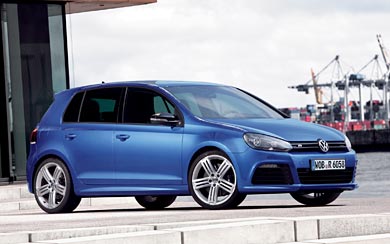 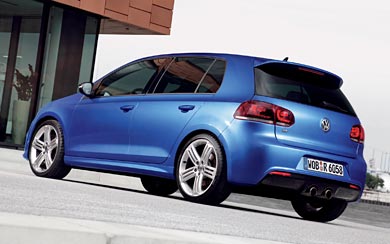 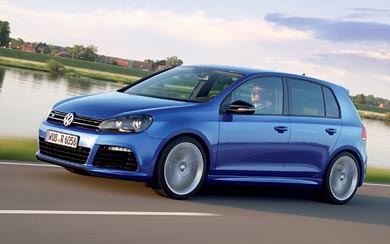 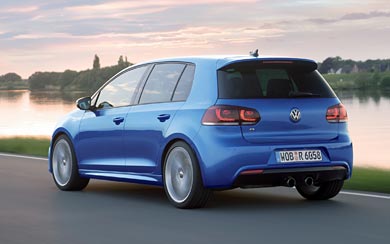 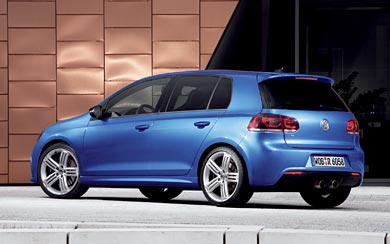 The Golf R – has been unveiled at the Frankfurt Motor Show. Developed by Volkswagen Individual, the special projects wing of Volkswagen, and following on from the Mk IV and Mk V Golf R32 models, the Golf R is equipped with a 2.0-litre TSI four-cylinder engine developing 270 PS and four-wheel drive.

Not only is the new engine 35 kg lighter and 20 PS more powerful than the 3.2-litre V6 found in the outgoing Golf R32, it’s also more efficient. Economy rises from a combined 26.4 mpg to 33.2 mpg while CO2 emissions fall from 257 g/km to 199 g/km. Despite the gains in efficiency the Golf R is faster and sharper than ever – the new car can accelerate from rest to 62 mph in just 5.7 seconds. Equipped with a six-speed DSG gearbox, this figure falls to 5.5 seconds while top speed is limited to 155 mph.

The 1,984 cc, four-cylinder EA113 engine (as opposed to the EA888 fitted to the current Golf GTI) is derived from the Mk V Golf GTI. To extract the extra power the block has been reinforced with an entirely new alloy head, uprated pistons, conrods and high pressure injectors. An uprated turbocharger generating 1.2 bar of boost is joined by a new intercooler to cope with the extra heat generated. The result is 270 PS developed at 6,000 rpm and 258 lbs ft of torque at 2,500 rpm.