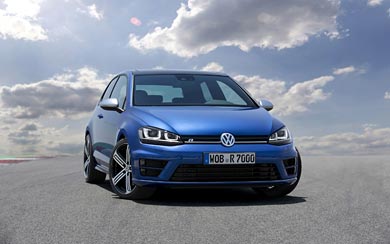 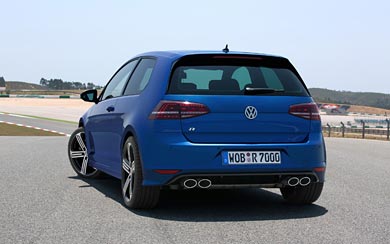 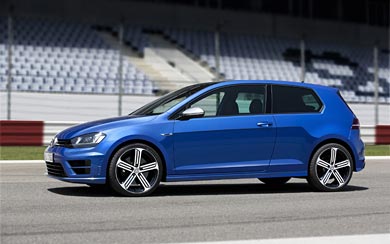 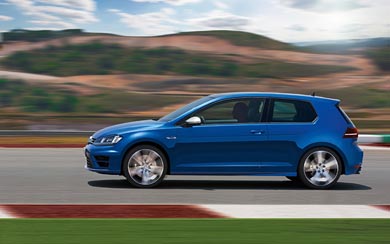 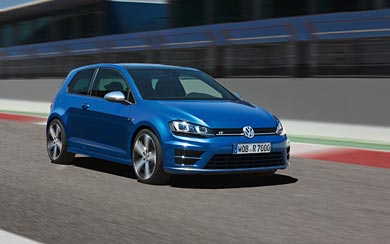 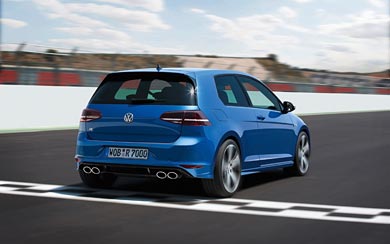 It is the year of the Golf. The first six months of 2013 have already seen the debuts of the new Golf GTI, Golf GTD, Golf Estate and Golf TDI BlueMotion. Now, Volkswagen is continuing its Golf product offensive with the flagship of the model series – the new Volkswagen Golf R. The sports car is powered by a newly designed 300 PS TSI (221 kW), which is 30 PS stronger but up to 18 per cent more fuel efficient than that in the previous model. Like all three previous Golf R models, the new model also transfers its turbocharged engine power to the road via a permanent all-wheel drive system; in this case, it is the latest version of the 4MOTION system with a fifth-generation Haldex coupling.

The Volkswagen Golf R with a manual gearbox reaches 100 km/h after just 5.1 seconds (previous model: 5.7 s); with an automatic dual clutch gearbox (DSG) the sports car completes the classic sprint in an even faster 4.9 seconds. The car’s top speed is electronically limited to 250 km/h. Despite the car’s exceptionally agile driving performance and 30 PS more power, fuel consumption of the Golf R was reduced from 8.5 to 7.1 l/100 km compared to that of the previous model.

The new Golf R is equipped with an extensive package of customised and exclusive features. Along with specially designed bumpers, side sills and 18-inch alloy wheels, the VW Golf R can also be visually distinguished as an impressive sports car by details such as standard bi-xenon headlights with newly designed LED daytime running lights (in dual-U design), dark red LED rear lights and two-branch exhaust system with four chrome tailpipes.