Download Volkswagen Scirocco GTS car wallpapers in HD for your desktop, phone or tablet. All images belong to their respective owners and are free for personal use only. 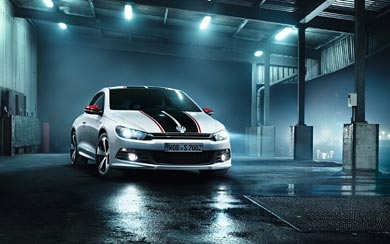 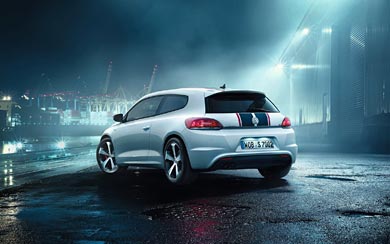 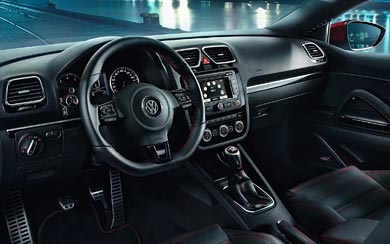 At the 2012 Leipzig Motor Show Volkswagen has presented an extremely sporty special edition model of the Scirocco: the new GTS. Exactly thirty years ago, the original forefather of the GTS rolled off the production line – based on the Scirocco II. Distinctive features of the GTS then as now: an exterior and interior individualised in sporty style. A reminder in 2012 of that original model is the golf ball gear lever – it originally made its debut in the early Golf GTI, but between 1982 and ’84 also adorned the Scirocco GTS. Now, with the launch of the latest model, what is probably the most famous Volkswagen accessory of the 70s and 80s is celebrating its comeback, creating a link between the two eras. The Volkswagen Scirocco GTS has been designed for the European and Chinese markets. Delivering up to 155 kW / 210 PS, the coupé will be available from dealerships autumn 2012.

Identifying features of the Volkswagen Scirocco GTS in terms of bodywork are specially designed sports car stripes on the bonnet, roof (including rear spoiler) and tailgate. Red brake callipers (2.0 TSI, 210 PS), custom-designed front and rear bumpers, exposed side sills, body-coloured side trim, wing mirrors colour coordinated with the stripes, burnished 18-inch ‘Thunder’ alloy wheels (striking spoked rims) with black trim, a sporty diffuser and the rear tailgate spoiler from the Scirocco R, plus GTS badges on the front wings finish off the exterior design details to perfection. As an alternative option, the Scirocco GTS can also be ordered with black 19-inch ‘Lugano’ alloys.