Download Volkswagen Beetle Dune Concept car wallpapers in HD for your desktop, phone or tablet. All images belong to their respective owners and are free for personal use only. 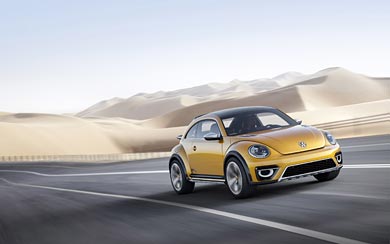 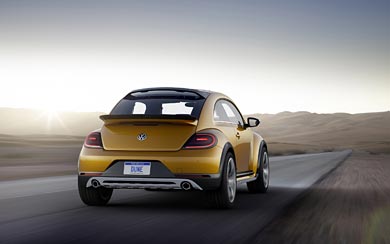 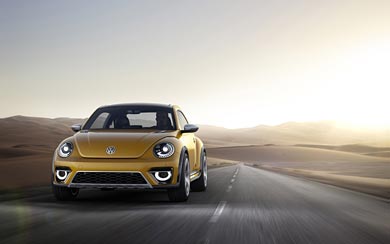 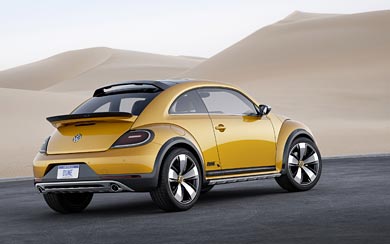 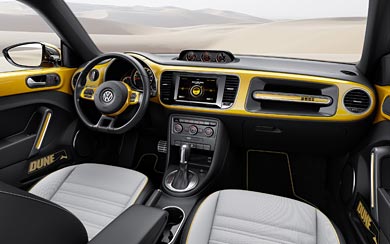 The Beetle is a phenomenon, regardless of where it shows up in the world. People are always happy to see this car. Whether in wintry Detroit, sunny San Francisco or venerable Boston – the streets are more colorful with the Beetle, and life is more carefree. The same happens in Europe, in pulsing Berlin and in rocking London, as well as in Asian metropolises such as exuberant Tokyo and the eternally exotic Hong Kong, and cities in the southern hemisphere such as Sydney and Cape Town. The Beetle. As a coupé and convertible. The greater the numbers of this design icon that populate the streets, the more intense is this phenomenon of likeability. Now Volkswagen is adding a new version: with the world premiere of the Volkswagen Beetle Dune. It is has been presented at the 2014 North American International Auto Show in Detroit. A Beetle with a wide, cool and rugged offroad look; a car outside of the mainstream. The Beetle Dune.