Download Aston Martin DBR9 car wallpapers in HD for your desktop, phone or tablet. All images belong to their respective owners and are free for personal use only. 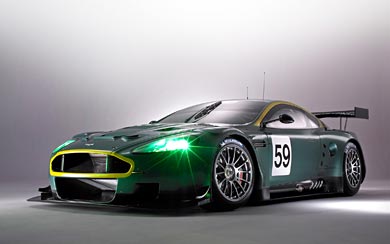 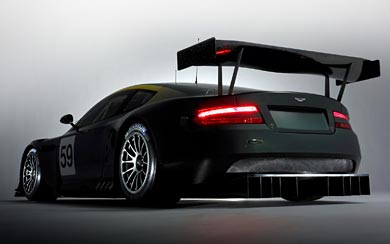 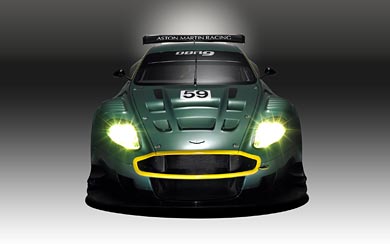 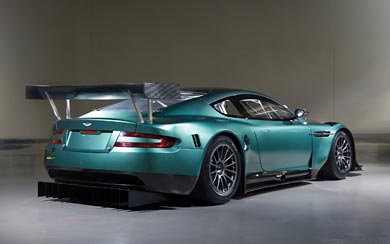 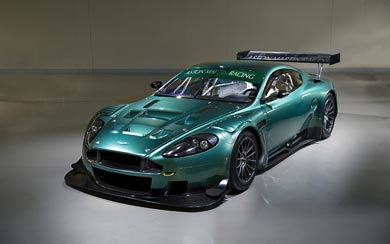 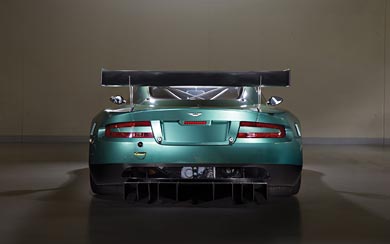 The Aston Martin DBR9 debuted in 2005, racing in international sportscar series including the FIA GT1 championship up until that series ended in 2011. During that time the most notable successes for the car were 2 class victories in the 2007 and 2008 Le Mans 24 Hours, running for the Aston Martin Racing factory team. The nameplate for the DBR9 originates from the 1959 24 Hours of Le Mans winning DBR1, named by its owner David Brown. The DBR1 also went on to enjoy success as the World Sportscar champion in 1959.

As the name suggests, the DBR9 was based from the road going DB9 with both cars looking very similar except for the obvious race car elements. That’s where the similarities end, as the components shared between the two cars were the chassis, engine block and cylinder heads from the 6.0L V12. Weight reduction was achieved through liberal use of carbon fibre composite body panels, and light weight components where possible. Significant aerodynamic advances were made with the use of a completely flat floor section that continued the length of the car from the front splitter to the rear diffuser. This provided and good deal of downforce at high speeds along with the big carbon fibre rear wing.

During 2007, Prodrive were brought in to help modify the DBR9 and improve performance and driver comfort. Air conditioning was now required to be installed for the Le Mans race to prevent overstressing drivers. Prodrive also helped to reduce cabin temperatures by putting a heat-resistant white roof on all new cars, which then allowed the removal of 2 now redundant vents, further helping the aerodynamics. After initial issues in endurance races, the DBR9 enjoyed a decent 2-3 year period of scattered success, only to fade off at the end of its racing career.