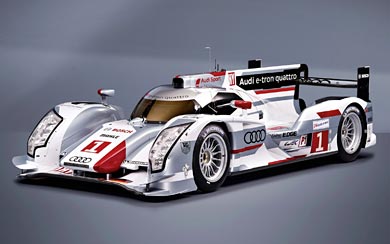 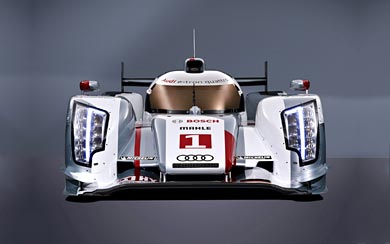 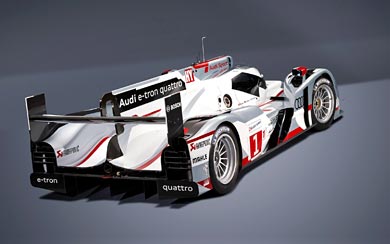 Motor sport is used yet again by AUDI AG to pioneer new technology: the brand with the four ring’s new Le Mans race car is the world’s first LMP1 car to combine a highly-efficient TDI with a hybrid system. quattro drive also celebrates its comeback to the race track with the prototype – in a entirely new form.

Audi R18 e-tron quattro is the name of the new Le Mans prototype that makes its race debut on May 5 in the 6-hour race at Spa-Francorchamps (Belgium) and fights for overall victory at the famous 24 Hours of Le Mans (France) on June 16/17. Audi unites two technologies in a fascinating way to create a new type of drive, which is also already being tested for future use in production cars: e-tron quattro.

Hiding behind this description is the next generation four-wheel drive with which Audi combines the advantages of the proven quattro drive with the potential of electromobility. To this end one vehicle axle is powered conventionally, the second by electric motors.