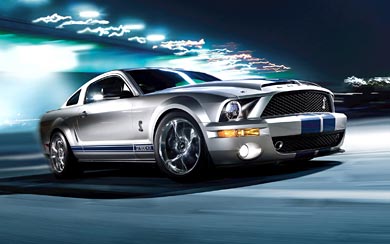 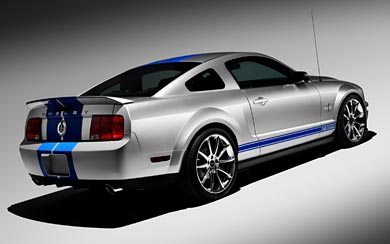 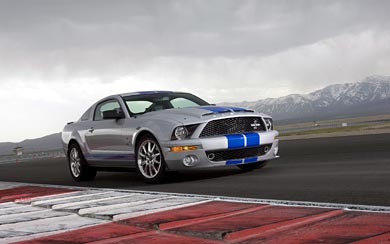 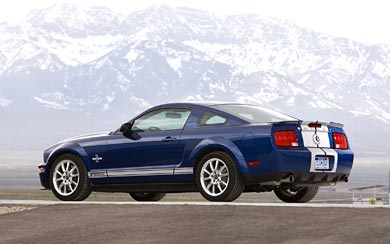 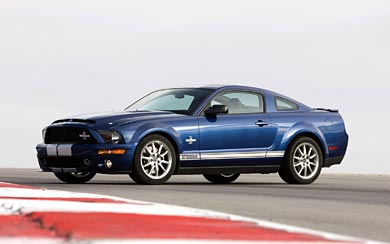 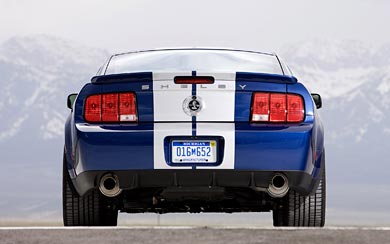 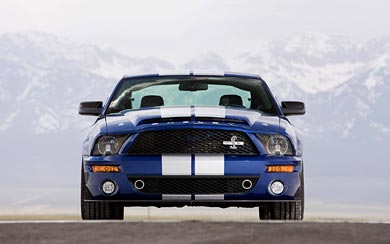 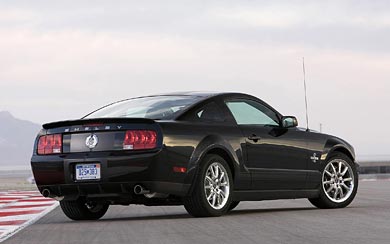 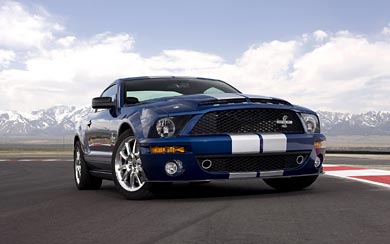 In celebration of 40 years since the release of the original Shelby Cobra GT500KR, a collaboration between Ford and Shelby has delivered the new GT500KR Mustang for 2008. The most powerful mustang to date, the engine has been pumped up with a big supercharger that helps raise power levels to 540 hp and 692 Nm of torque. Special features include a unique carbon composite hood, wheels, and special 40th Anniversary badging and striping. The production run will be limited to 1000 units.

“I’m proud to once again be a part of an historical moment, bringing back the ‘King of the Road’ Mustang, and collaborating with Ford SVT and Ford Racing” said Carroll Shelby. “I’m committed to continuously upping the ante when it comes to performance, and it’s great to be doing it with Ford.” “The return of the Shelby GT500KR further establishes Mustang as the true king of the pony car segment,” said Robert Parker, manager of Ford Car Brand.