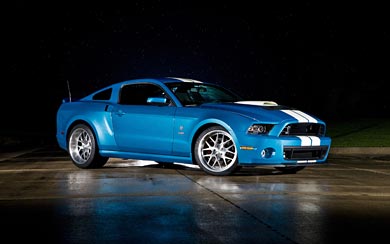 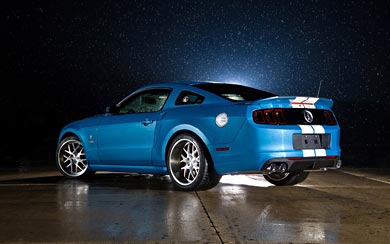 Friends of Carroll Shelby, including Ford Motor Company, Shelby American, Ford Racing and many others have built a unique 2013 Shelby GT500 Cobra as a tribute to the late Carroll Shelby.

The unique tribute car was unveiled by Ford Motor Company board member Edsel Ford II, Ford’s group vice president for sales and marketing Jim Farley, and Shelby American president John Luft at the Rolex Monterey Motorsports Reunion where Cobra is the marque of show for 2012.

Using the 662-horsepower 2013 Shelby GT500 as a foundation, “Friends of Carroll” created the one-of-a-kind 2013 Shelby GT500 Cobra wide-body Mustang that now generates more than 850 horsepower with the help of a Ford Racing 4.0-liter Whipple supercharger.