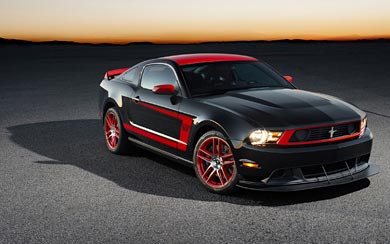 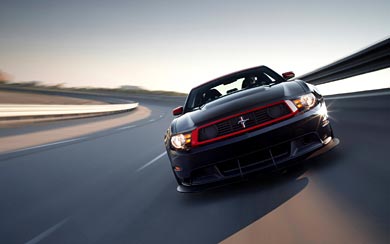 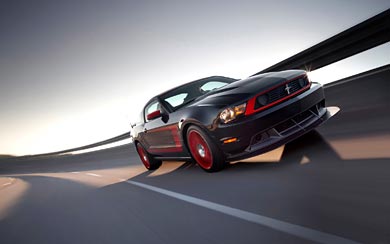 A car that sacrificed nothing in its quest to be the best all-around road-going performance machine ever created by Ford Motor Company. That car became the 1969 Mustang Boss 302, and it remains one of the world’s most sought-after examples of American performance.

Forty-two years later, Ford has given the green light again. The team of Ford engineers, designers and stylists – all Mustang enthusiasts to the core – that created the groundbreaking 2011 Mustang GT has distilled a new model to its purest form, strengthening, lightening and refining each system to create a race car with a license plate. Its name: the 2012 Mustang Boss 302.

To celebrate the racing heritage of the new Mustang Boss 302, Ford will also offer a limited number of Boss 302 Laguna Seca models, named for the track where Parnelli Jones won the 1970 Trans-Am season opener in a Boss 302. Aimed at racers more interested in on-track performance than creature comforts, the Boss 302 Laguna Seca has increased body stiffness, a firmer chassis set-up and an aerodynamics package carried over almost in its entirety from the Ford Racing Boss 302R.