Download Mazda Furai Concept car wallpapers in HD for your desktop, phone or tablet. All images belong to their respective owners and are free for personal use only. 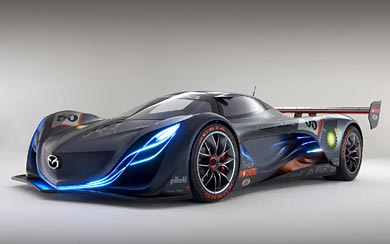 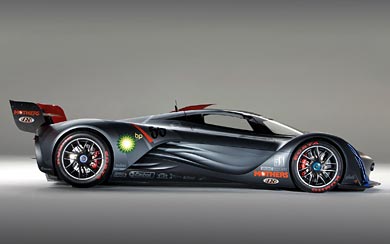 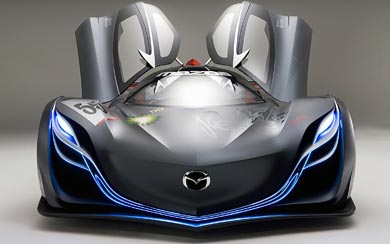 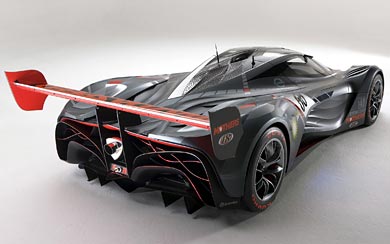 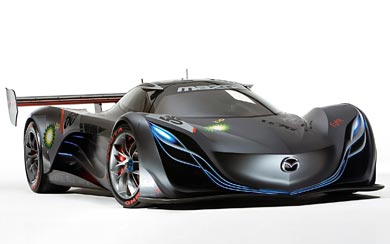 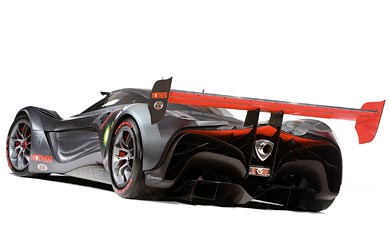 Furai is the sort of car that could only come from a company that incorporates the “Soul of a Sports Car” into everything it builds, but with an eye toward the future and the environment through the use of renewable fuels. Driving toward sustainability, Furai was initially tuned to operate on 100 percent ethanol fuel, the first time a racing three-rotor rotary engine has been fueled by ethanol. Research continues in earnest with partner BP into other renewable and future fuels, including ethanol gasoline blends like E10.

The Furai concept serves as a turning point in the Nagare developmental process. While the four previous concept cars explored different ways to express Mazda’s emerging design philosophy and to explore an aesthetic, this one is all about function – every last texture and detail serves some functional purpose. In essence, the Furai creative process boiled down to guiding air over and through the body in fruitful ways. To prove that this concept goes far beyond static aerodynamic analysis, Mazda’s design, motorsports and R&D teams worked together to construct Furai as a 180-mph rolling laboratory to demonstrate its functional capabilities on demand.