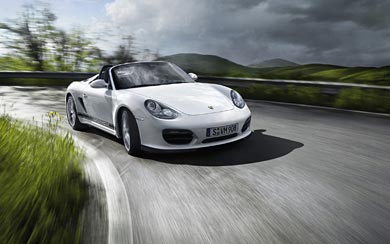 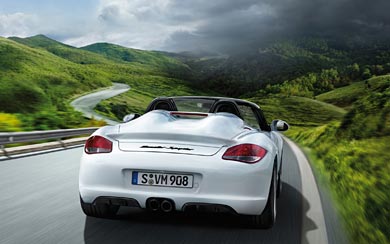 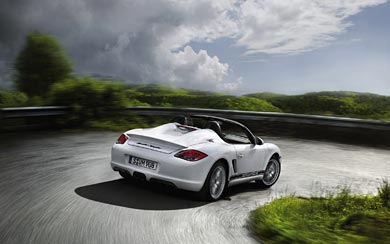 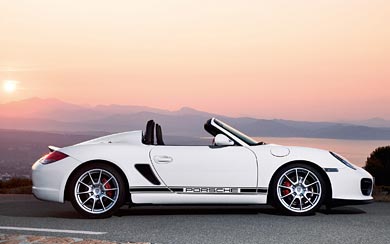 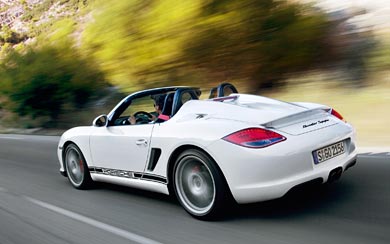 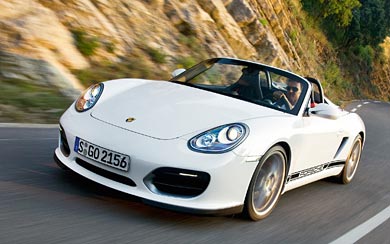 This is precisely the formula already applied in creating Porsche’s most successful road-going sports and racing cars, ranging from the legendary 550 Spyder all the way to the RS Spyder so successful in motorsport today. The Boxster Spyder now continues this clear-cut philosophy with full homologation for the road, thus reflecting a common wish expressed by Porsche customers. The new model is entering the market in February 2010 as the third version in the Boxster range, joining the Boxster and Boxster S.

Significantly less weight than the Boxster S, a lower centre of gravity and an all-new sports suspension give the Boxster Spyder the right kind of driving dynamics clearly reflecting the unique look of the car. The Boxster Spyder features a 3.4-litre six-cylinder with Direct Fuel Injection upfront of the rear axle. Maximum output is 320 bhp, 10 bhp more than in the Boxster S.