Download Porsche Boxster car wallpapers in 4K for your desktop, phone or tablet. All images belong to their respective owners and are free for personal use only. 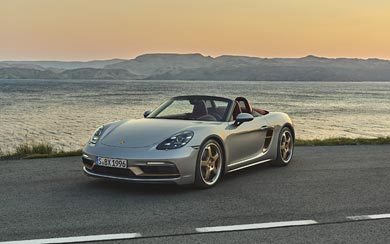 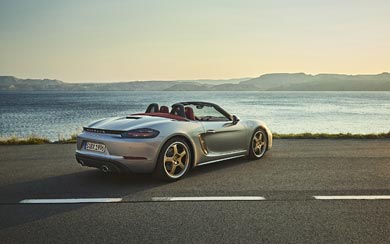 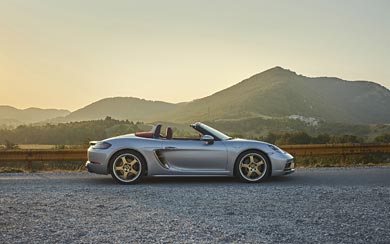 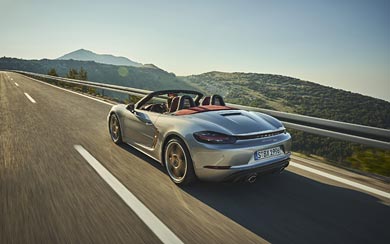 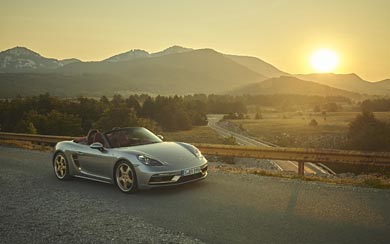 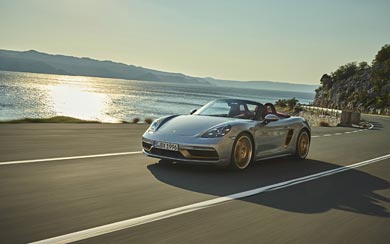 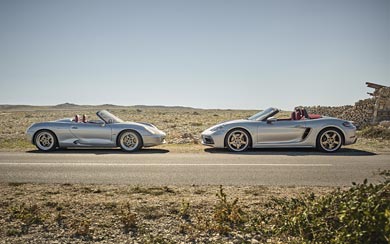 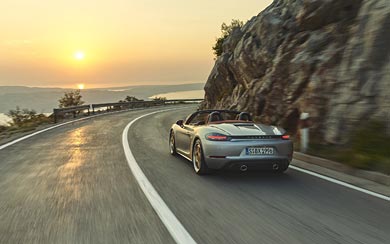 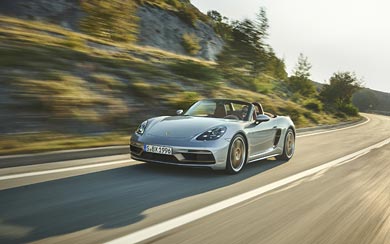 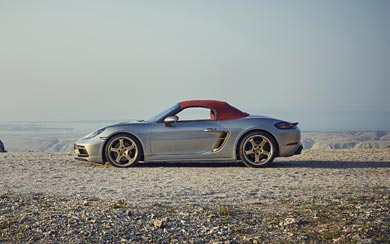 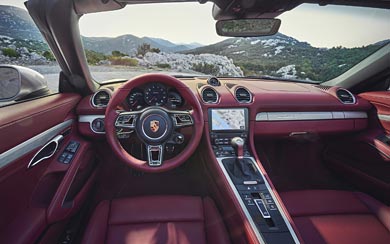 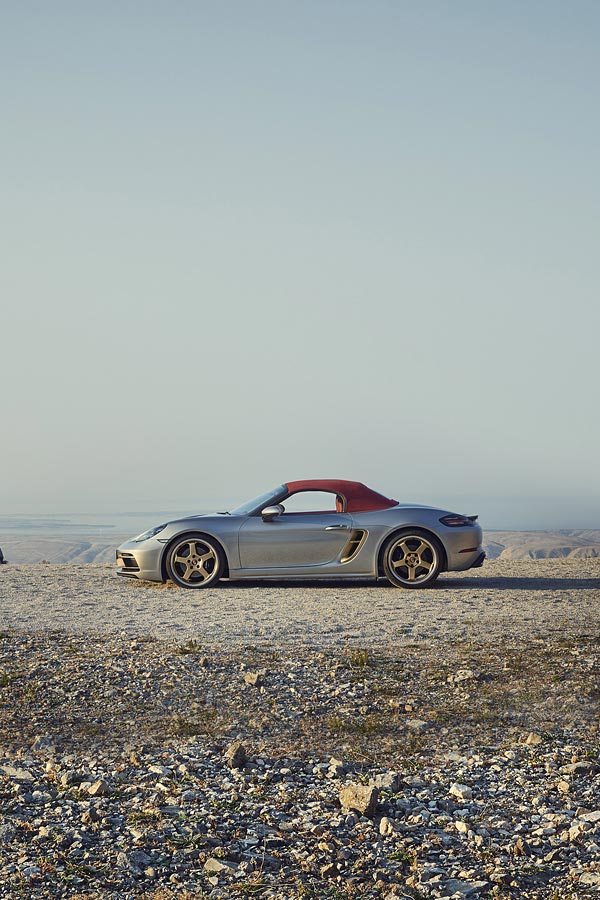 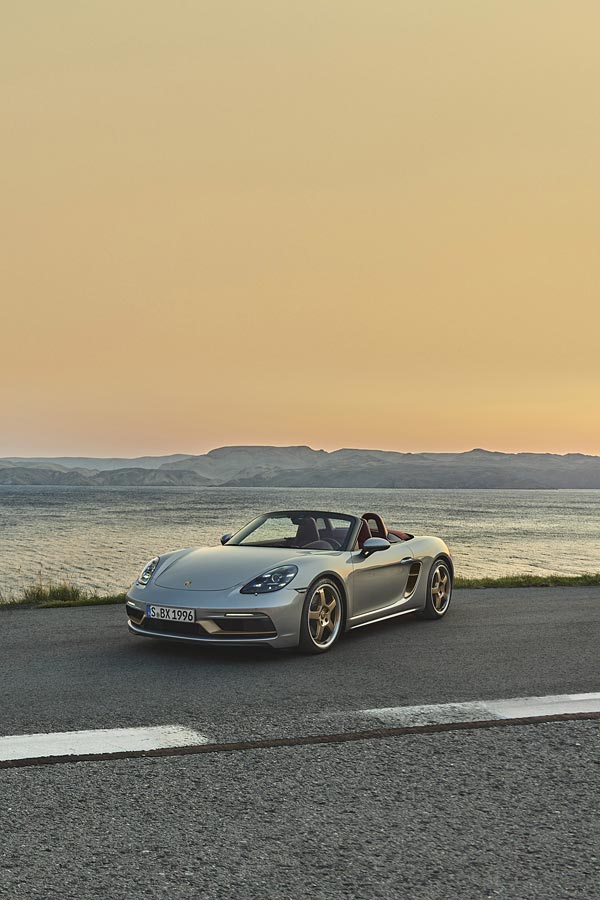 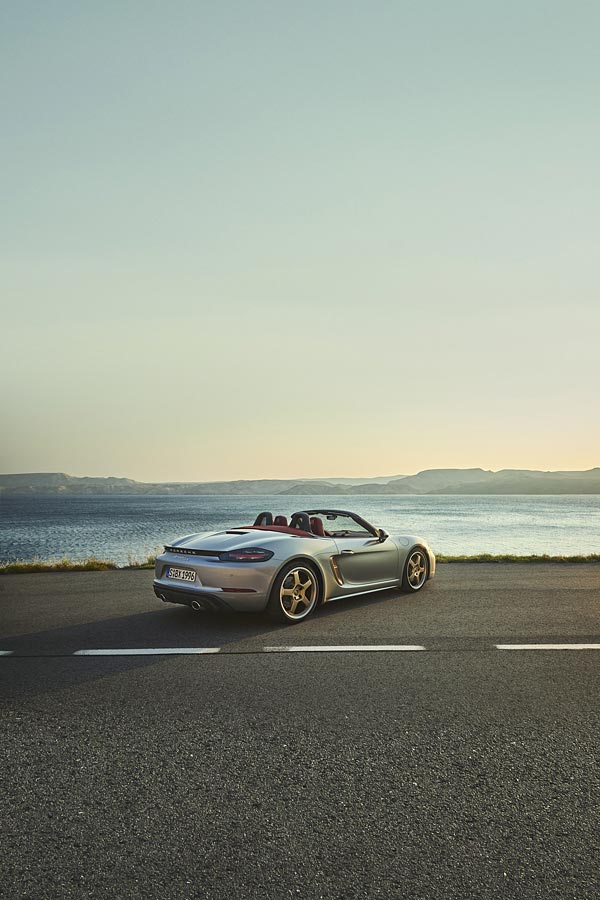 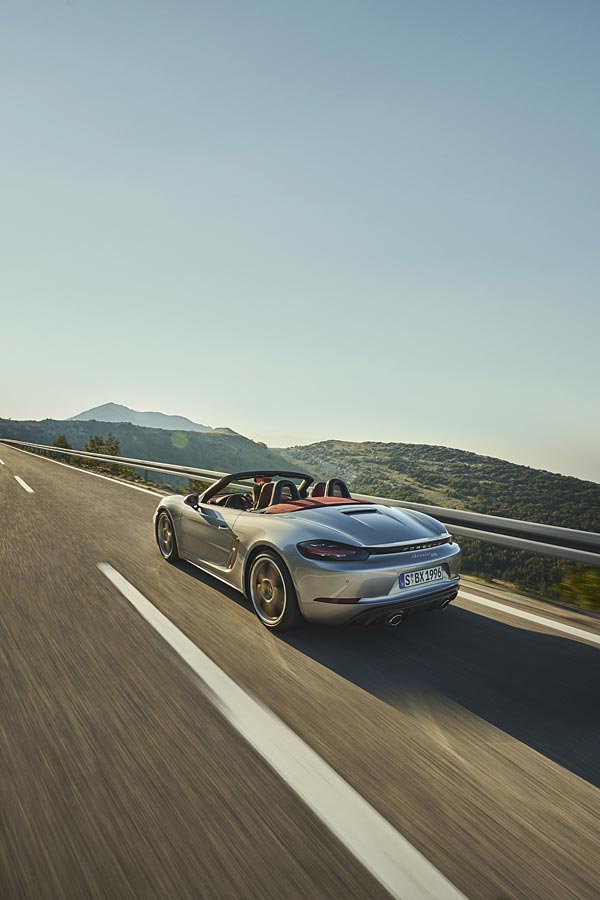 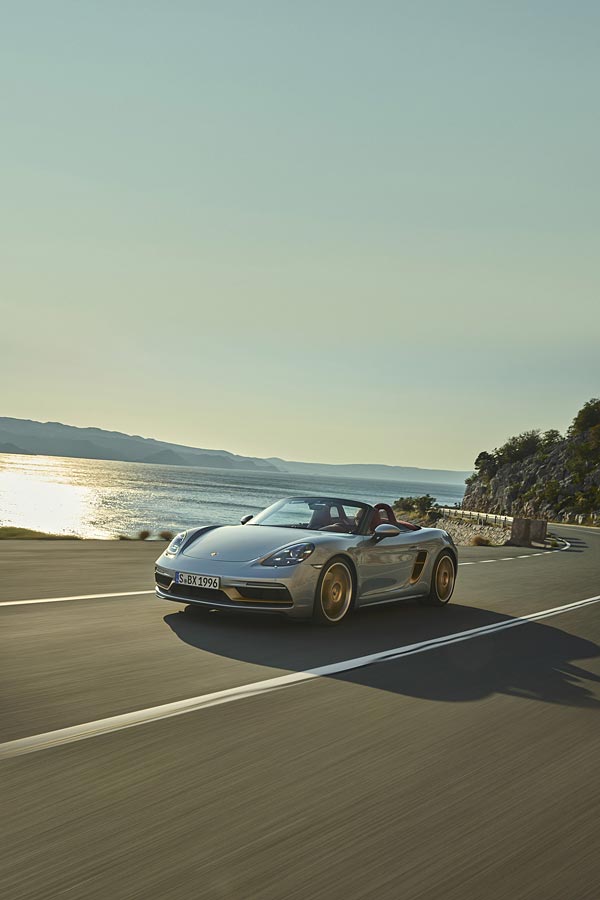 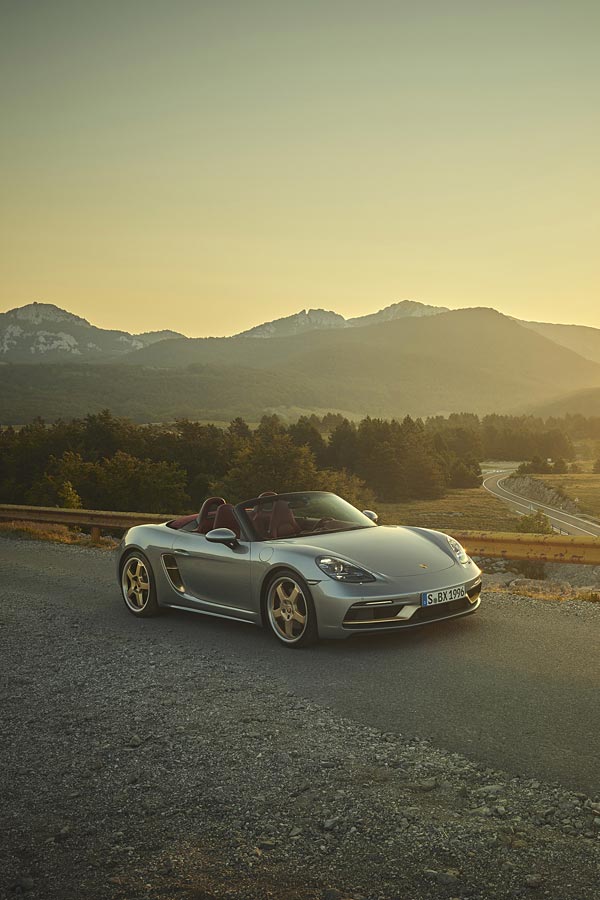 Inspired by the original Boxster concept from 1993, Porsche are celebrating 25 years since their roadster hit the road. Called the Porsche Boxster 25 Years Edition, production will be limited to 1,250 units and marks the 25th anniversary since the first production Boxster was driven out of the factory in 1996.

The styling has been modelled on the 1993 concept car using the same GT Silver paintwork with copper-like Neodyme accents on the front bumper, side intakes and bespoke 20-inch wheels. Those wheels are what really set this Boxster apart, they have a polished lip and look great on the Boxster, giving it a style no other Boxster has from the factory. The fabric roof has been finished in a contrasting red colour that works well with the accents, and is matched with the same red colouring on the interior.