Download Porsche 718 Cayman car wallpapers in HD for your desktop, phone or tablet. All images belong to their respective owners and are free for personal use only. 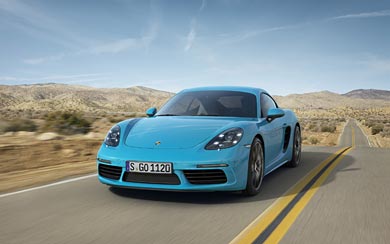 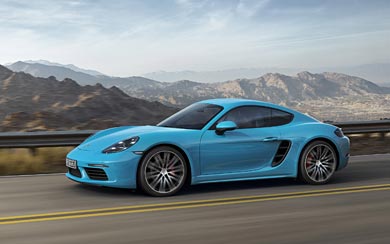 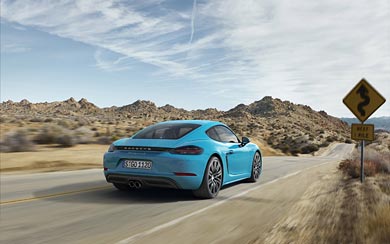 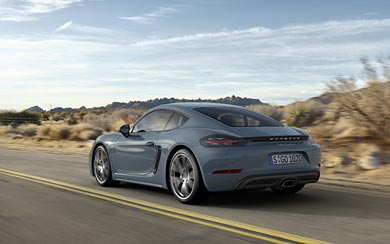 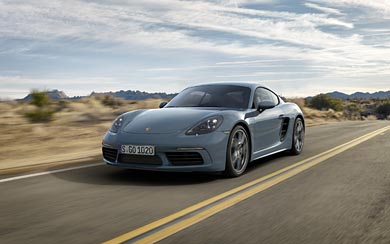 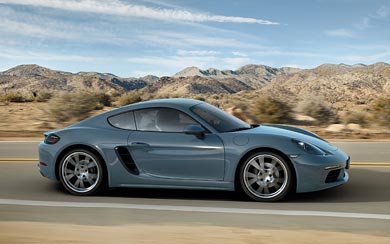 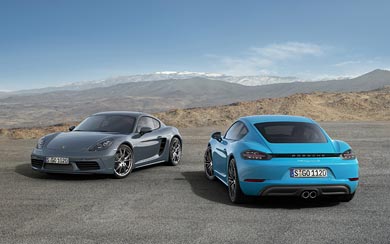 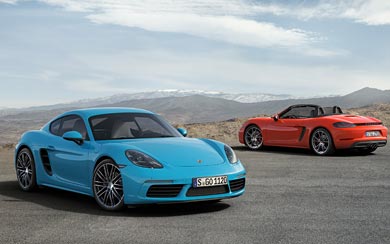 The fourth, redeveloped generation of the mid-engine sport coupé has a more striking, athletic and efficient appearance. Just a few weeks after the debut of the new 718 Boxster, the new Porsche 718 Cayman is extending the new model series.

The same new four-cylinder flat engines with turbocharging as in the 718 Boxster are being deployed in the Porsche 718 Cayman. As a result, coupé and roadster have an identical engine output for the first time. The entry-level version is launching in China with an output of 184 kW / 250 hp. In the other markets, the 718 Cayman produces 220 kW / 300 hp from two litres of displacement. There are no changes in the S model. Globally, the 718 Cayman S delivers 257 kW / 350 hp with a displacement of 2.5 litres.

In terms of their driving dynamics, the new Porsche 718 Cayman models follow in the tracks of the classic 718 cars. Thanks to their outstanding agility, the historic mid-engine sports cars won numerous races in the 1950s and 1960s such as the Targa Florio and Le Mans. Lateral rigidity and wheel tracking have been improved in the completely retuned chassis of the 718 Cayman; springs and stabilisers have been designed to be firmer and the tuning of the shock absorbers has been revised. The steering, which has been configured to be ten per cent more direct, enhances agility and driving fun. The rear wheels, which are one-half of an inch wider, in combination with the redeveloped tyres result in an increased lateral force potential and hence in greater cornering stability.