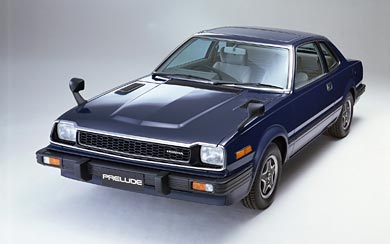 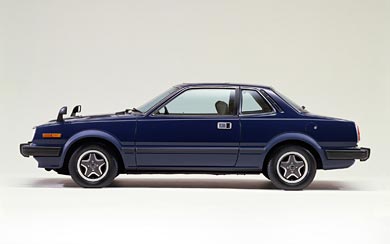 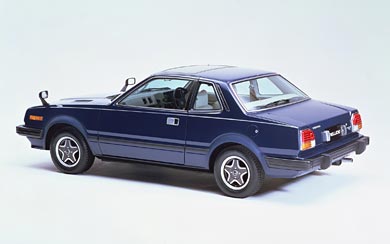 On November 24, 1978, the Prelude was launched. In Japan it was only available at the newly established dealership sales channel Honda Verno. This dealership chain also introduced the entry-level Honda Quint, the Honda Ballade, and the Accord-based Honda Vigor as its largest sedan and hatchback. The four-wheel independent struts, brakes, engine were all borrowed from the first generation Accord, but the chassis was all new and developed by chief engineer Hiroshi Kizawa expressly for the sporting Prelude. At 4,090 mm (length) x 1,635 mm (width) x 1290 mm (height), it had quite a low and wide profile. The wheelbase was 2,320 mm, and was 60 mm shorter than that of the original Accord.

Honda appears to have followed the successful introduction of the Toyota Celica example originally established by the pony car originator Ford Mustang by taking a small car, like the Accord, installing a more powerful engine, and giving the body a short trunk, and a long engine hood. The Prelude (and period Accord) were the first cars under two litres to receive standard power steering.

Initial reviews for the Prelude were favorable. “It is,” wrote Brock Yates for Motor Trend, “by any sane measurement, a splendid automobile. The machine, like all Hondas, embodies fabrication that is, in my opinion, surpassed only by the narrowest of margins by Mercedes-Benz. It is a relatively powerful little automobile by anybody’s standards.”Motor Trend measuring an early Prelude completing the quarter-mile in 18.8 seconds at 70 mph.