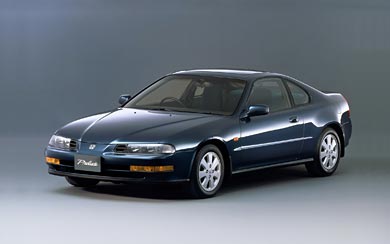 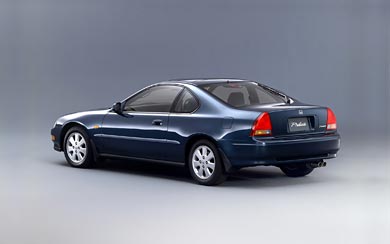 In 1991, there was a major overhaul of the fourth generation Prelude, released outside of Japan in 1992. The car had a 58% front and 42% rear weight distribution. The four wheel steering system was changed to an electronic version and the engine was increased in size from 2.1L to 2.2L.

In the UK, there was also a 2.0i model that was rated around 125 bhp (93 kW). 1993 was the last year that the “Si-VTEC” name was used, and starting in 1994 it shortened to just “VTEC” and stayed that way throughout the rest of the generation. The Prelude 2.2 VTEC is sometimes incorrectly referred to as a VTi. In Canada, the Si was called the SR, and the VTEC was called the SR-V.

This model also marked the end for the pop-up headlights and a lot of other design features that had become “prelude standard”. The rear end was no longer flat and wide; but wide, rounded and fairly high in comparison. The front fascia of the car became wider with fixed headlights. The glass sunroof made way for a steel sliding roof which no longer retracted into the car but extended out and over it. This in effect creates a spoiler which reduced air noise when driving.