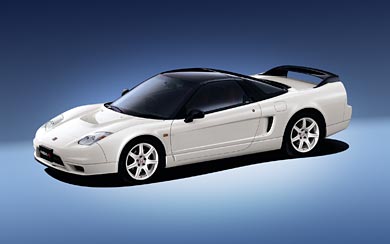 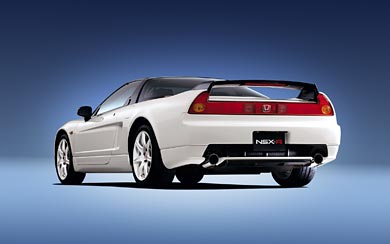 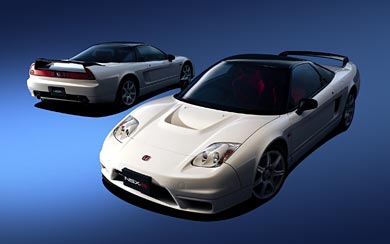 The NSX has entered a new phase of evolution. Its advanced styling and wider tires propel it to news heights in speed. Ten years after the introduction of the original NSX-R, Honda’s objective is delivering new aerodynamic technologies to achieve a level of stability beyond earlier designs.

Honda have channeled their efforts towards increased high-speed stability and improved aerodynamics. At the rear down force is created by a carbon fiber spoiler. At the front, large aerodynamic devices were left off as they adversely effect ground clearance. Instead Honda redesigned the underbody of the car to be as flat as possible to encourage smooth airflow and promote down force.

Taking advantage of the of the car’s mid-ship layout, an air duct was added in the hood to provide the necessary extraction route for the front radiator. Longitudinal fins were also added to the outer left and right sides of the under body cover to prevent air passing under the car, entering though the wheel wells. Similarly, spats have been added to channel air passing through the ducts, away from the wheel wells. These devices result in smoother airflow under the body, achieving the desired down force.