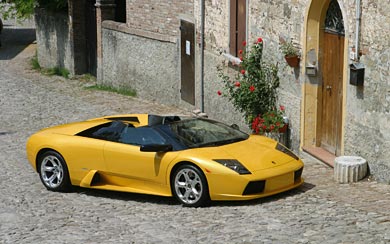 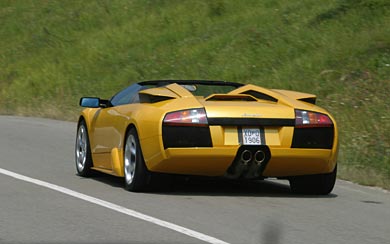 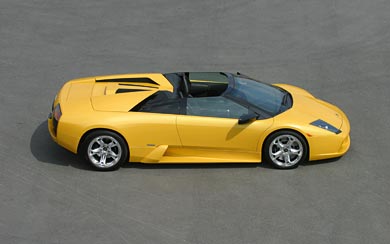 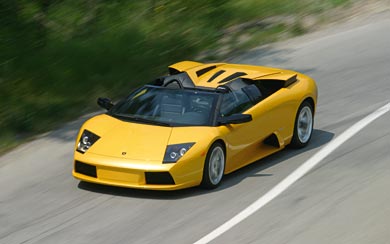 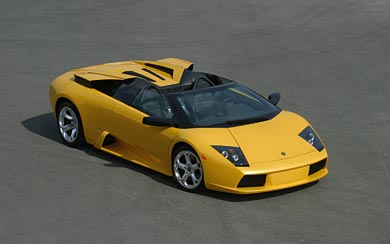 As powerful, fast and extreme as the Coupé version from which it derives, the Lamborghini Murciélago carries on Lamborghini’s twelve cylinder roadster tradition: from the 350 GTS to the Miura Roadster, right up to the most recent Diablo Roadster.

This has been achieved without compromising the performance expected from a real Lamborghini. Thanks to accurate design, the open version also delivers excellent handling, acceleration and driving safety characteristics.

In creating the Roadster, the designer Luc Donckerwolke did not restrict himself to “cutting off” the roof of the Coupé. He bestowed it with its own sensational appearance, making the Murciélago Roadster a truly unique model. A model which in series production has retained all the emotional impact of the initial concept itself.