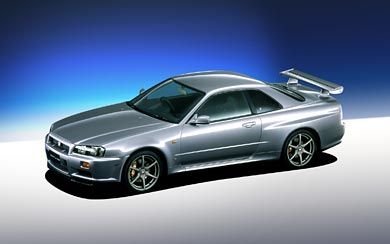 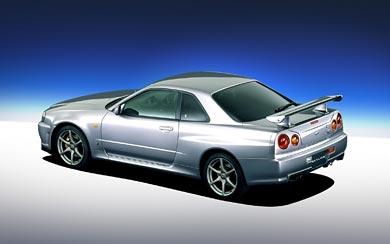 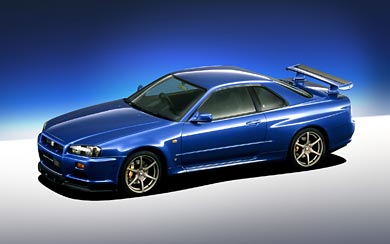 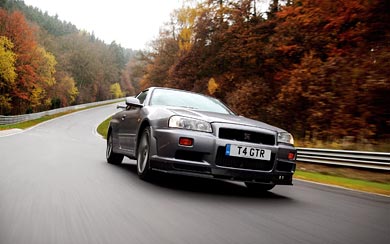 As one of Japan’s most celebrated performance cars, the Nissan Skyline GT-R has developed an immense racing pedigree that includes over 200 race wins, five consecutive championship wins in the All Japanese Touring Car Championships and the unofficial lap record for a production car at the world-famous Nurburgring. Every aspect of the Skyline GT-R, from the aerodynamics to body rigidity, has been fine-tuned through competitive racing and 11 years of intense testing, producing one of the best race-bred coupes on the market.

The RB26DETT in-line, 2568cc six-cylinder engine retains the previous 280PS at 6,800 rpm of its predecessor but has been developed to provide more torque for maximum driveability from lower rpm without compromising top end power. Quicker turbo response has also been achieved through the use of new turbochargers. Power is fed through a new six-speed close ratio Getrag gearbox.

The engine retains its general layout of straight six-cylinder configuration with twin overhead camshafts and four-valves per cylinder and twin turbochargers. As before, the throttle chamber has six individual throttle valves (one per cylinder) isolating each engine cylinder from the rest and acting like six individual single-cylinder engines.