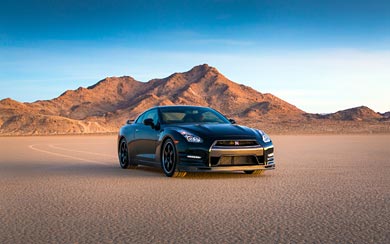 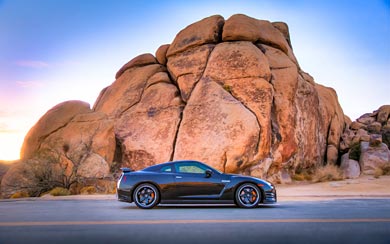 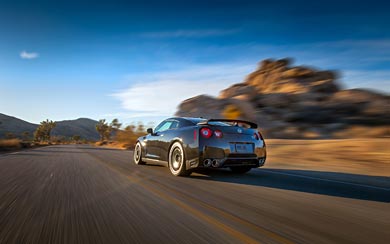 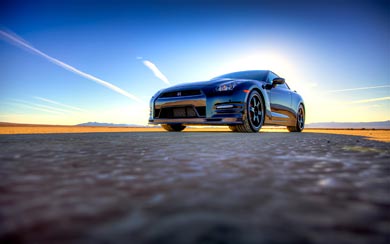 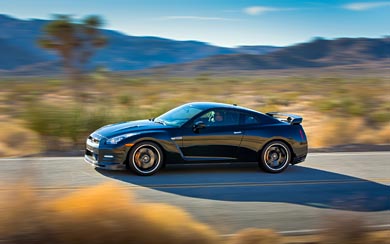 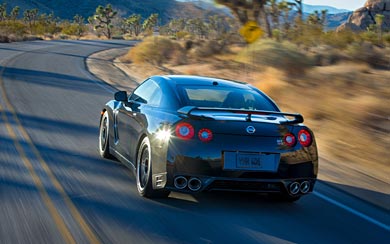 The new Nissan GT-R Track Edition, which made its U.S. debut at the 2013 Chicago Auto Show, is the third and most exclusive model in the 2014 GT-R lineup. Designed to take Nissan’s legendary 545-horsepower street supercar even closer to a pure motorsports competition machine, it features a specially tuned suspension, special brake cooling guides, front spoiler with carbon fiber air ducts and a lightweight quilted cloth mat where the rear seats usually reside. It is set to go on sale at select GT-R certified Nissan dealerships nationwide beginning in May 2013. Production will be limited to 150 cars for the U.S. market.

Changes to the GT-R’s sophisticated 4-wheel independent suspension for the Track Edition include specialized Bilstein DampTronic gas pressure shock absorbers and higher spring rates. Much of the 2014 GT-R’s suspension development took place on the Nürburgring, one of the world’s most challenging racing circuits, where the Track Edition damping force and handling benchmarks were further refined by GT-R development driver Toshio Suzuki. The Track Edition’s air guides for the front and rear brakes were also refined through rigorous track testing.

The Track Edition’s performance enhancements are added to a significant number of upgrades to the GT-R for the 2014 model year, ranging from the adoption of new fuel injectors for enhanced torque response in the 4,500-6,000 rpm range and improved throttle and acceleration feel at mid- and high-rpm ranges, to the addition of an oil pan baffle to stabilize oil turbulence and oil pressure under high performance driving conditions. An aluminum nameplate is now added to each