Download Nissan GT-R 50th Anniversary car wallpapers in 4K for your desktop, phone or tablet. All images belong to their respective owners and are free for personal use only. 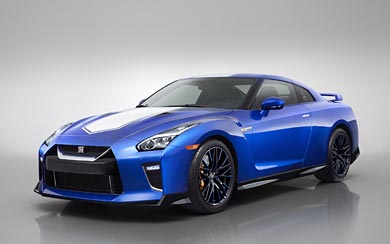 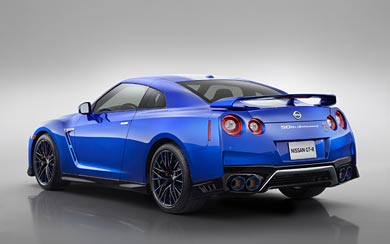 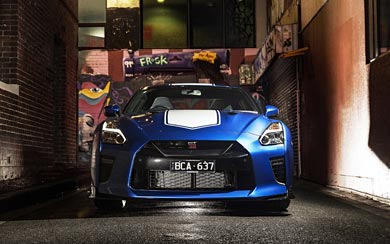 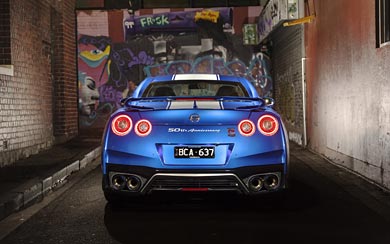 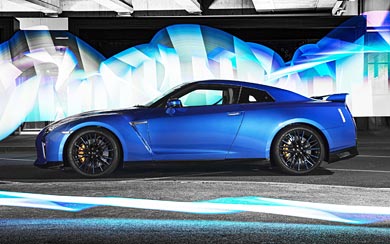 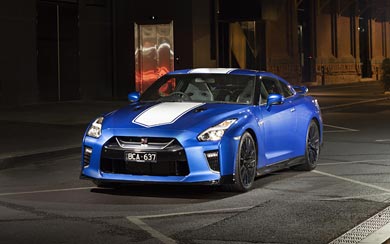 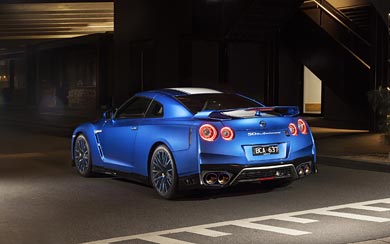 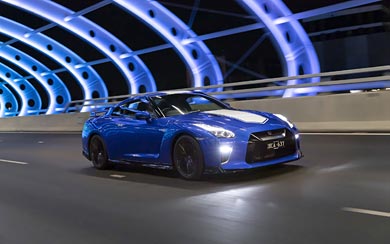 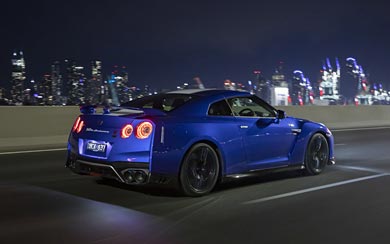 Nissan are celebrating 50 years since the first GT-R, featuring special two-tone exterior colors that include Bayside (Wangan) Blue, a colour not seen on a GT-R since the R34 generation. Three different colour combinations will be available for the 50th Anniversary GT-R, with Bayside Blue and White stripes, Pearl White with red stripes and Super Silver with white stripes rounding out the choices. The main colour is used as an accent on the wheels, and the body gets a four-coat heat treated process of application.

“The Nissan GT-R has been the icon of our company’s driving performance for the past half century,” said Shinichiro Irie, program design director for the GT-R. “We were highly motivated to ensure that the GT-R 50th Anniversary Edition stands out. While the exterior and interior changes may seem subtle at first glance, they’re still impactful, especially with the new paint schemes, keeping the car’s lines and overall presence modern and edgy.”