Download De Tomaso Pantera L car wallpapers in HD for your desktop, phone or tablet. All images belong to their respective owners and are free for personal use only. 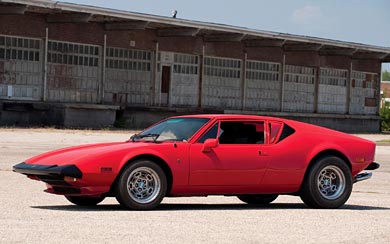 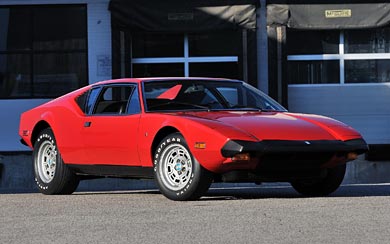 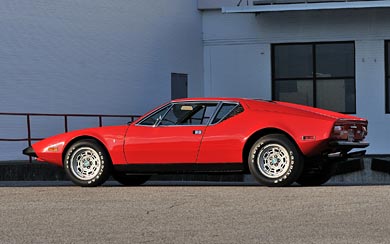 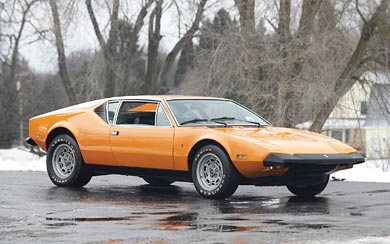 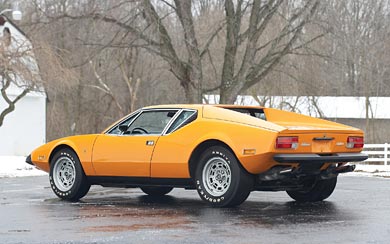 Several modifications were made for the 1972 model year Panteras. A new 4 Bolt Main Cleveland Engine, also 351 cu in, was used with lower compression ratio (from 11:1 to 8.6:1, chiefly to meet US emissions standards and run on lower octane standard fuel) but with more aggressive camshaft timing (in an effort to reclaim some of the power lost through the reduction in compression). Many other engine changes were made, including the use of a factory exhaust header.

The “Lusso” (luxury) Pantera L was also introduced, in August 1972 as a 1972½ model. It featured a large black single front bumper for the US market, rather than the separate bumperettes still used abroad, as well as a 248 hp (185 kW) Cleveland engine. During 1973 the dash was changed, going from two separate pods for the gauges to a unified unit with the dials angled towards the driver. The U.S. version 1974 Pantera GTS featured GTS badging but not the higher compression, solid lifter engine of its European GTS “cousin”.