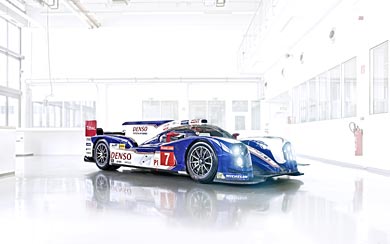 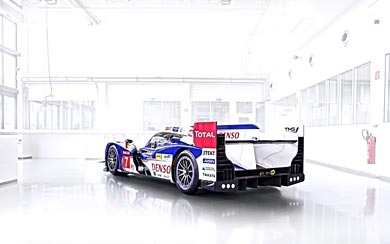 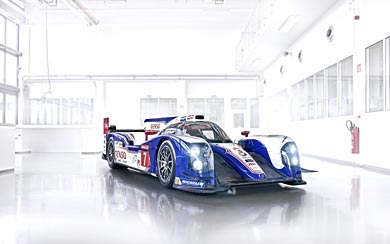 It was Toyota’s first all new prototype since the GT-One last competed in 1999, and was the first petrol-hybrid engine car to participate in the World Endurance Championship. Work on designing the car began in late 2010 when early chassis designs were presented to Toyota Motorsport. The project was stopped briefly after the 2011 Tōhoku earthquake and tsunami, but the car’s building was approved six months later. The TS030 Hybrid featured a Kinetic Energy Recovery System (KERS) regenerative braking device to charge a super capacitor. Its engine, a naturally aspirated petrol 3.4-litre (210 cu in) V8 power unit, was mounted at a 90 degree angle, produced 530 horsepower (400 kW; 540 PS), and was based on Toyota’s Super GT project.

On 23 January 2012 the TS030 Hybrid was shown to the press for the first time at Circuit Paul Ricard and the team commenced testing at the track shortly after. Its planned debut at the 2012 6 Hours of Spa-Francorchamps was delayed while the car’s chassis was rebuilt after a heavy testing crash. Two TS030 Hybrid cars were entered for Le Mans which saw the team fail to finish because of a sizeable accident by Anthony Davidson in the No. 8 vehicle, and an engine failure for the sister No. 7 entry. After the race, the company fielded a sole TS030 Hybrid for the rest of the season and attracted attention for an innovative rear wing extension. It was able to compete successfully against the two Audi R18 e-tron quattro cars, securing three victories with drivers Nicolas Lapierre and Alexander Wurz, ending the season second to their rivals in the World Manufacturers’ Championship.