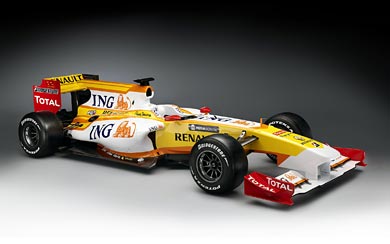 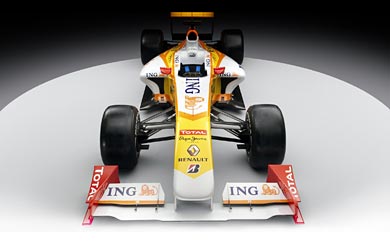 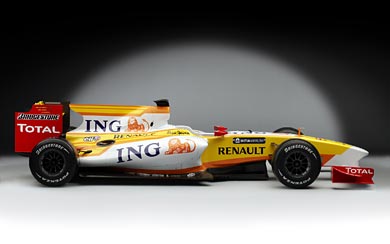 The Renault R29 is a Formula One racing car designed by the Renault F1 Team, with which they contested the 2009 Formula One World Championship (originally as ING Renault F1 Team, then, following loss of title sponsorship from the ING Group after “Crashgate”, Renault F1 Team). Coming off a resurgent second half of the previous year, the team expected to be fighting for both the drivers and constructors titles. Instead, the car proved to be disappointing. Fernando Alonso scored all of the team’s 26 points. In the hands of either of Alonso’s team mates, the car was often towards the back of the field with Nelson Piquet, Jr. and Romain Grosjean often failing to reach Q2. Unlike many other 2009 cars that began the year uncompetitively, such as the McLaren MP4-24, the R29 showed no sign of improvement throughout the season, and arguably became less competitive over the course of the year, despite Alonso’s third place in Singapore, which was Renault’s only podium finish of the season.