Download Honda Urban EV Concept car wallpapers in HD for your desktop, phone or tablet. All images belong to their respective owners and are free for personal use only. 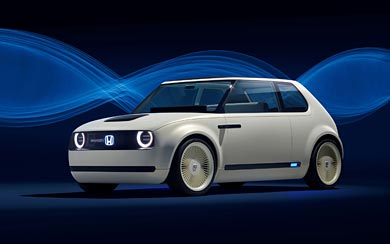 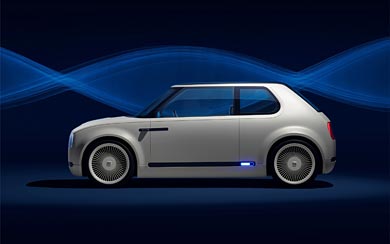 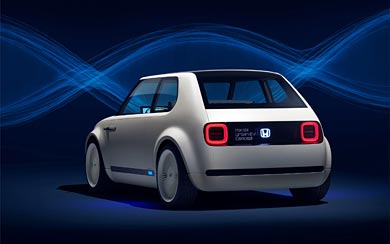 Honda have revealed a retro inspired design for their new electric concept car that will set the tone for their future electric production models. Reminiscent of a classic Mini, the Urban EV concept showcases advanced technology within a simple and sophisticated design. It has a low and wide stance, with big wheels and short overhangs, making it a rather good looking car.

Featured on the front of the car is a digital screen set between the headlights that can display interactive multilingual messages, including greetings, advice for other drivers on the road, or charging status updates. The interior is dominated by a simple dash layout with a very long LCD screen that stretches nearly the entire width of the dash. This panoramic screen will show all the usual information and likely house various controls with the only physical buttons remaining limited to a couple dials.

The concept was officially introduced by Honda Motor Co. President and CEO, Takahiro Hachigo, during his press conference speech. "This is not some vision of the distant future; a production version of this car will be here in Europe in 2019," he added, confirming that the concept is set to be launched within two years.