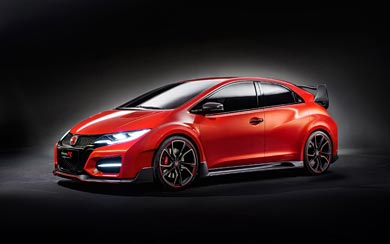 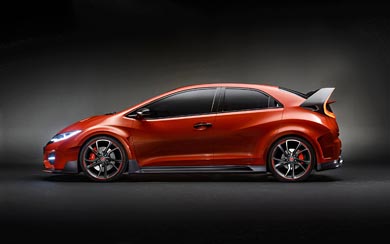 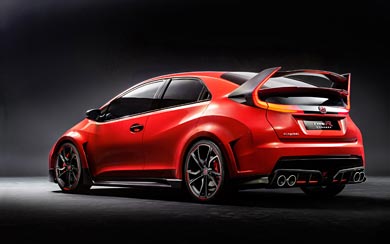 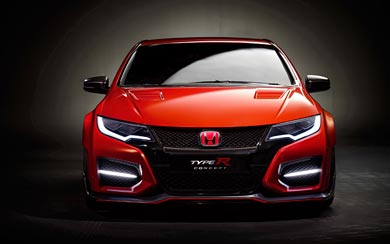 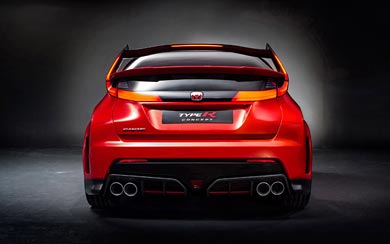 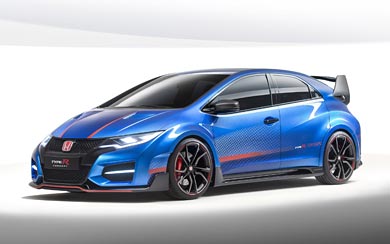 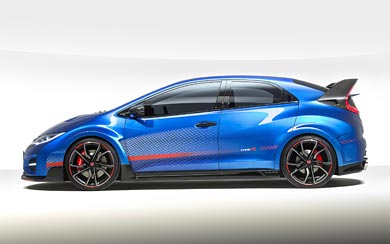 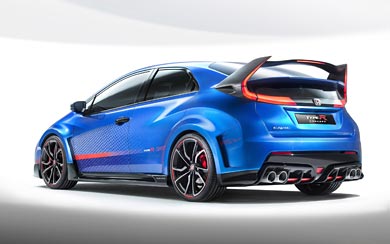 Honda Civic Type R Concept provides styling direction for the exterior design of the hotly-anticipated production version that debuts in 2015. Its bold and aggressive styling reflects the strong performance credentials for which Type R is renowned.

Described by the design team as a ‘racing car for the road’ rather than a high performance version of a road car, the new Type R looks set to signal a new era for the marque- this model is set to be the most extreme Civic Type R yet. Its sleek and aerodynamic profile reflects a car designed for function and performance whilst maintaining the look of a road car and the distinctive character of Type R.

Styling is heavily linked to performance, with the Type R Concept showing its credentials in the exterior design. Many of the styling features offer real function, rather than just aesthetics, as confirmed by feedback from prototype testing at the famous Nürburgring Nordschleife in Germany. The need to reduce drag, add down-force, provide cooling and achieve optimum airflow, were key considerations for the design team.