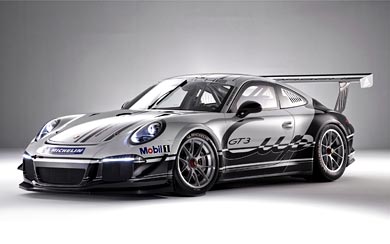 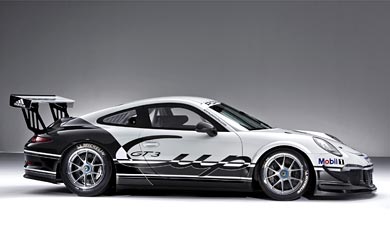 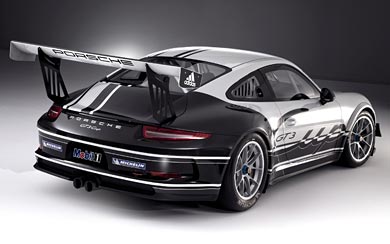 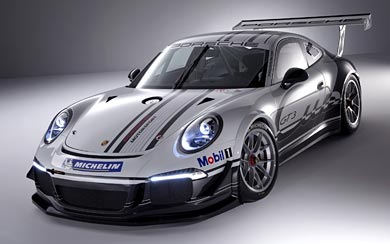 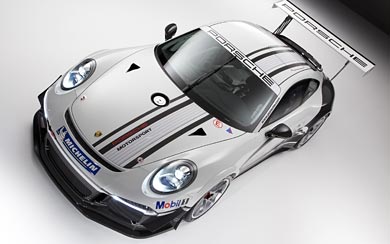 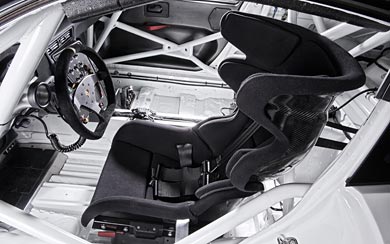 The new Porsche 911 GT3 Cup is powered by a 3.8-litre six-cylinder flat engine. It generates 460 hp (338 kW) at 7,500 revs, surpassing the predecessor by 10 hp. A six-speed dog-type gearbox developed by Porsche Motorsport which is operated via shift paddles at the steering wheel for the first time in a Porsche brand trophy race car transmits the power to the rear axle. The single piece race wheels with centre mount were also newly designed by Porsche Motorsport. The width of the Michelin race slicks was increased by two centimetres to 27 centimetres at the front and by ten millimetres at the rear axle to now measure 31 centimetres.