Download Porsche GT3 car wallpapers in 4K for your desktop, phone or tablet. All images belong to their respective owners and are free for personal use only. 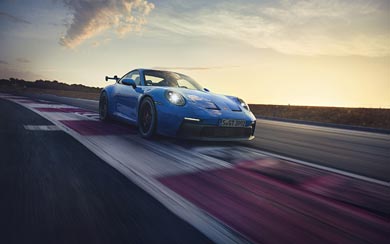 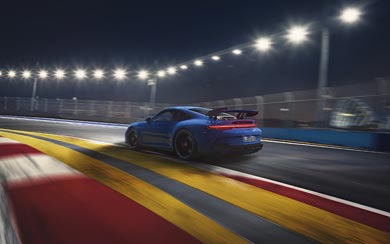 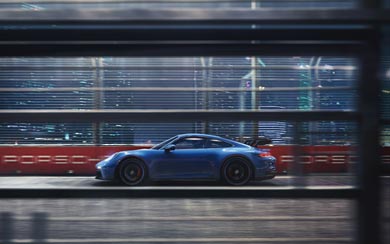 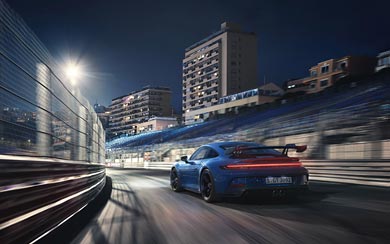 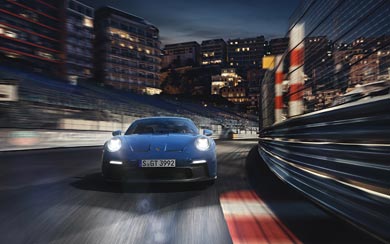 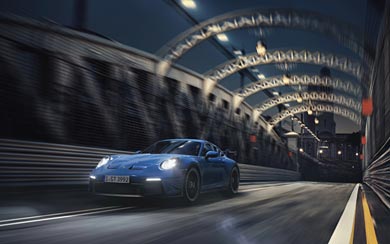 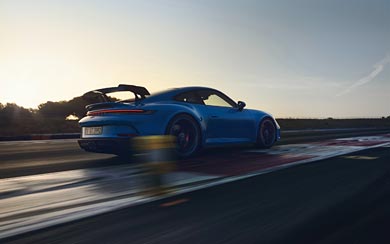 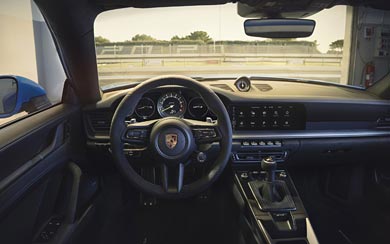 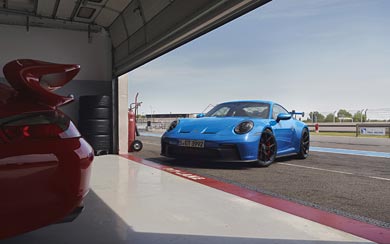 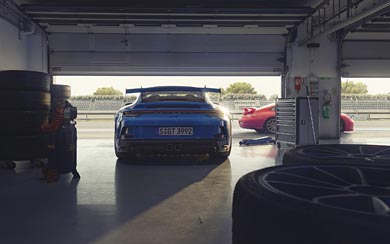 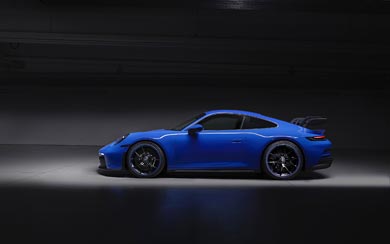 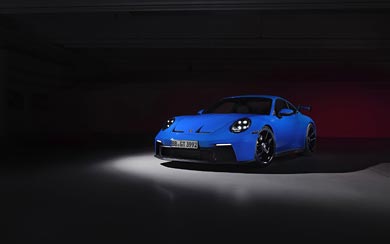 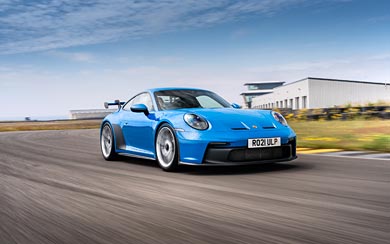 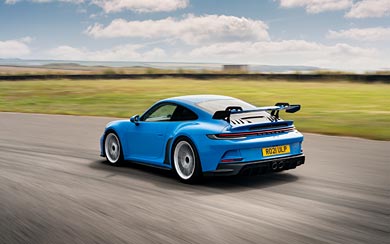 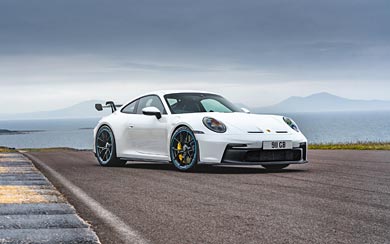 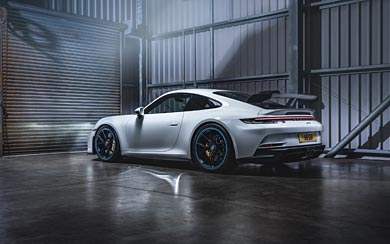 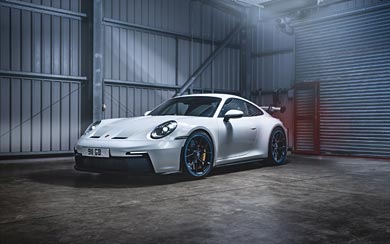 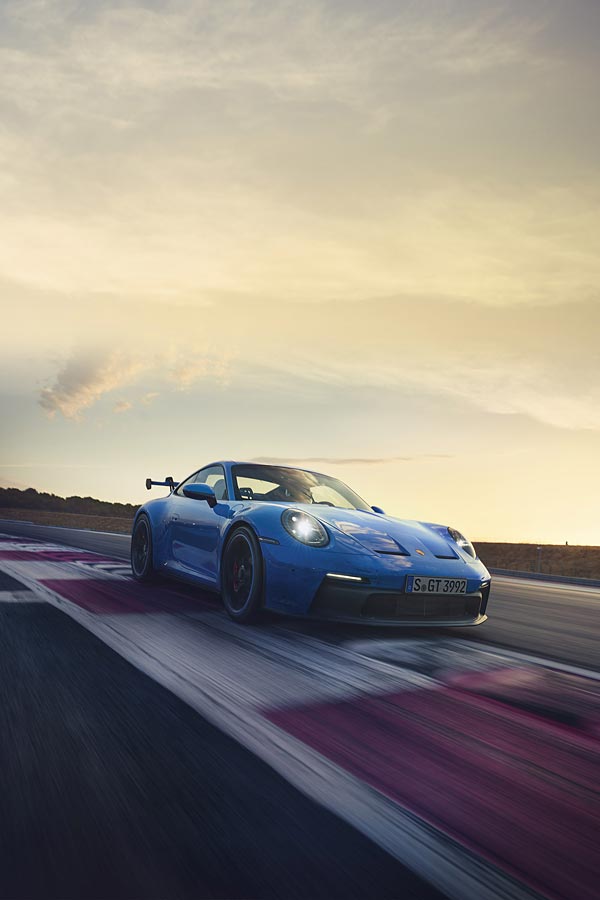 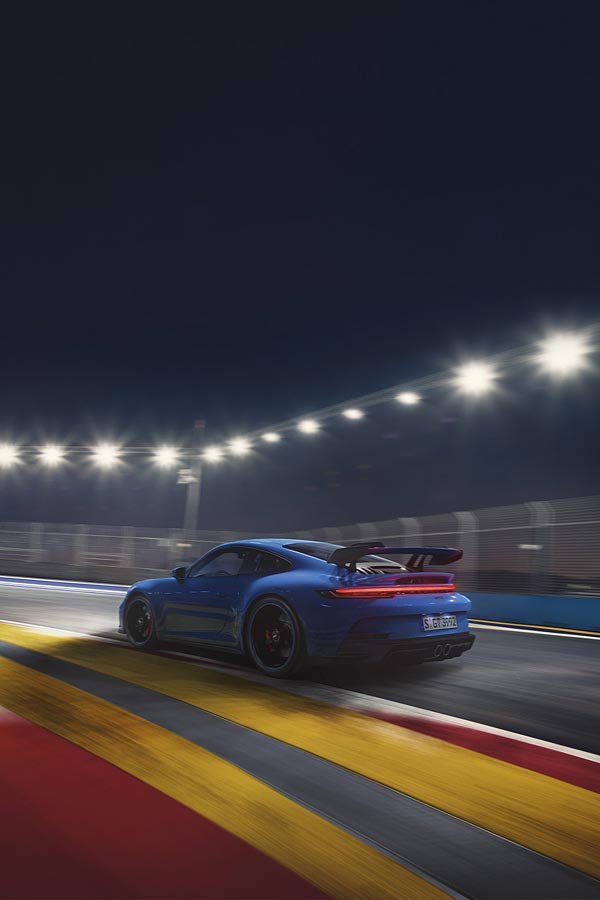 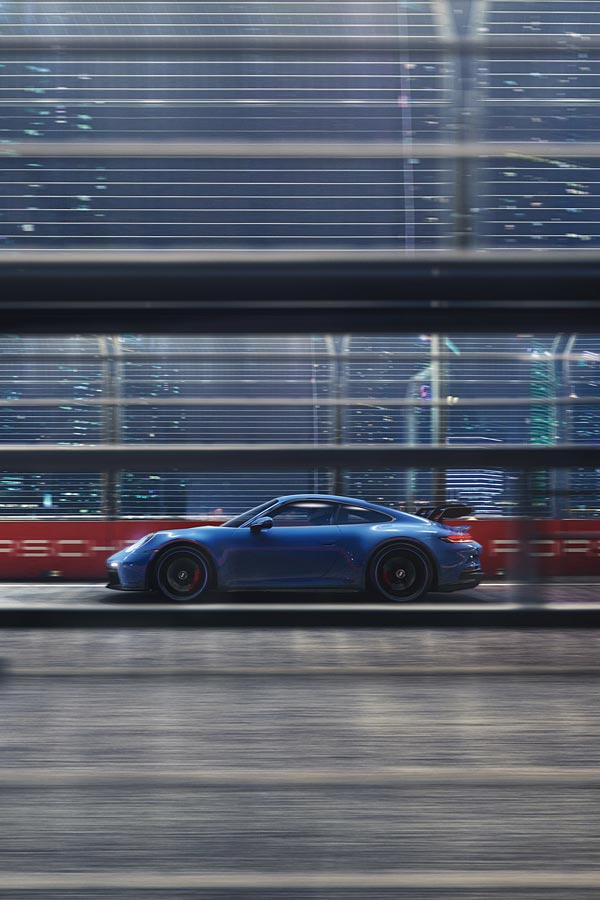 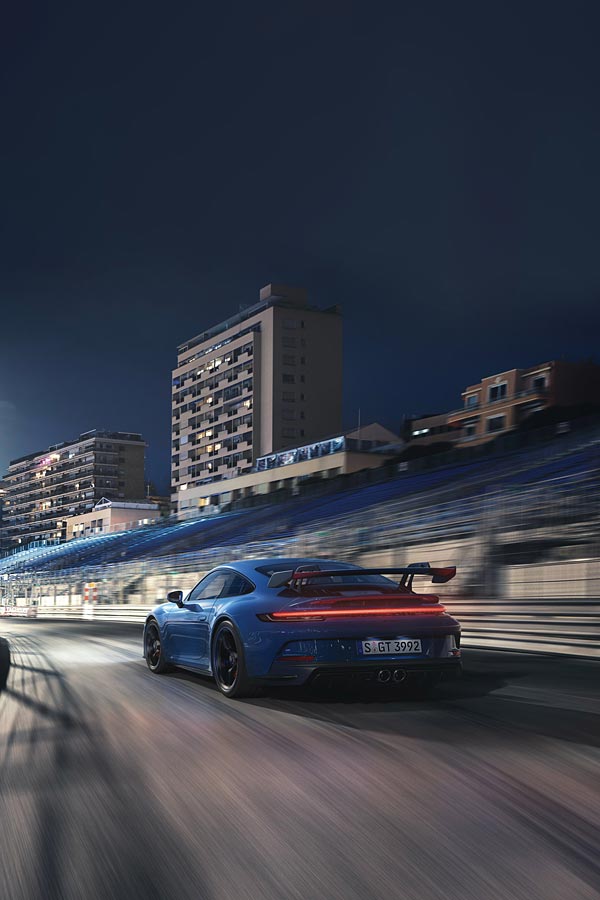 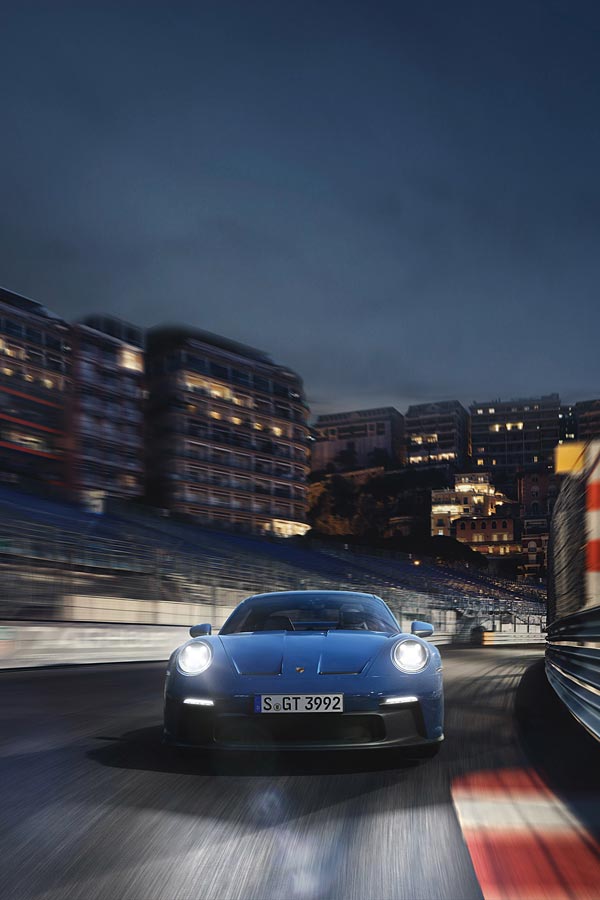 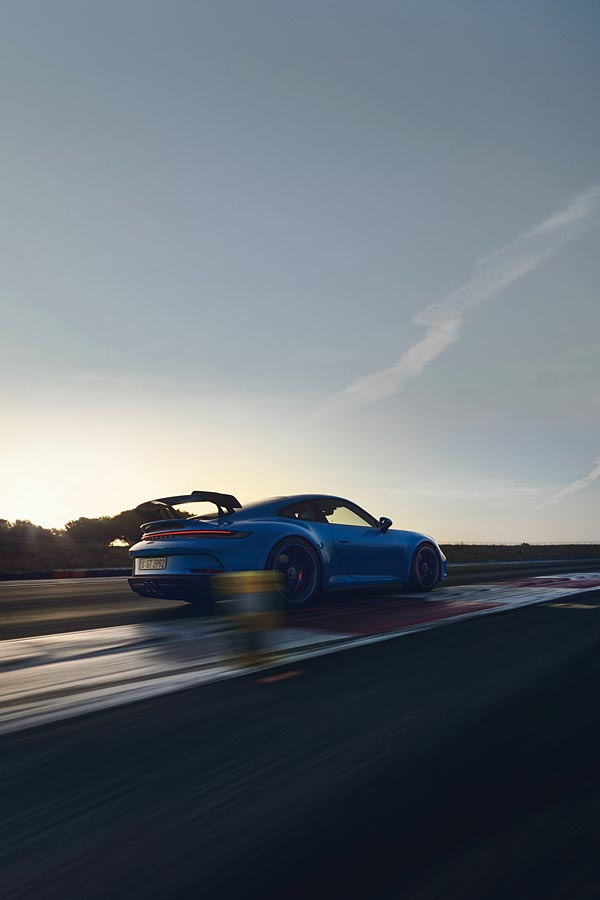 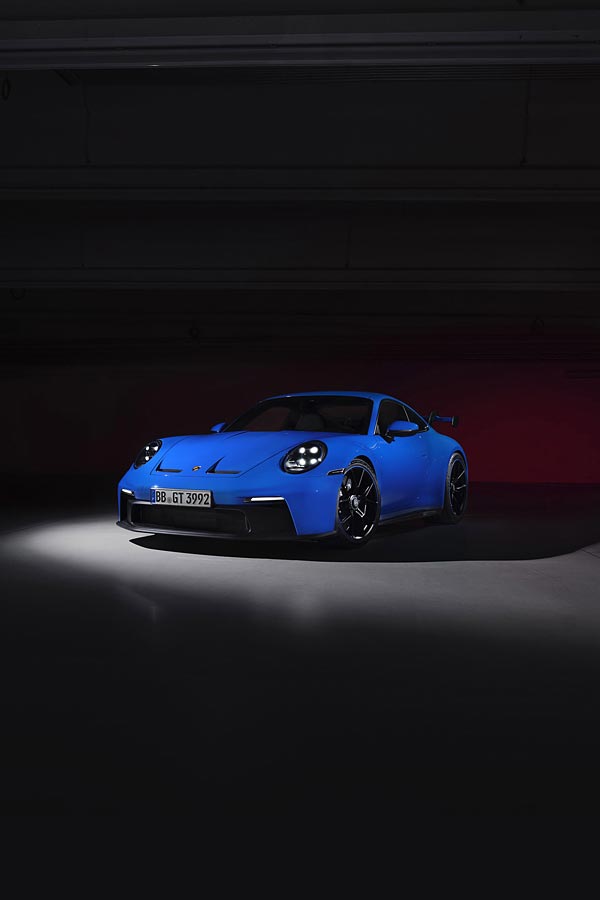 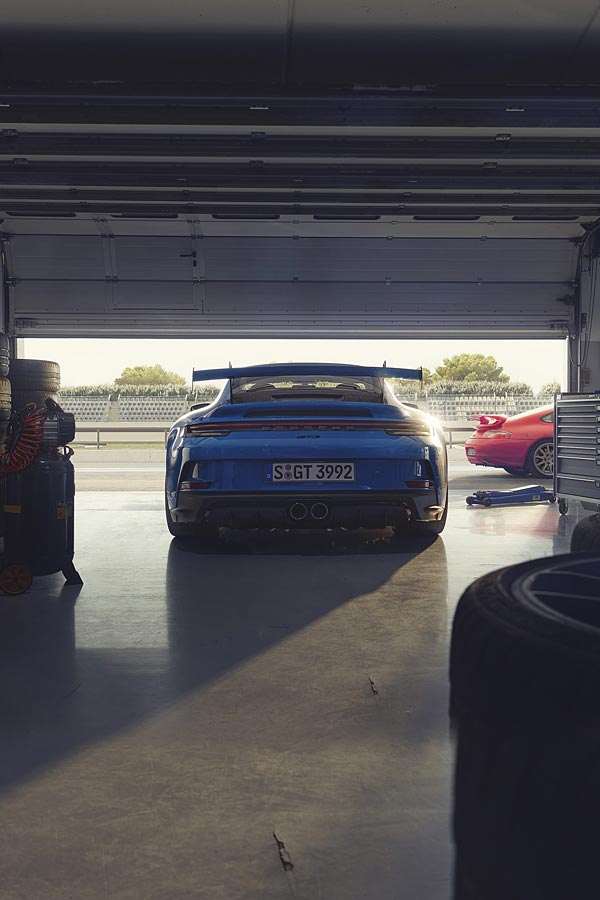 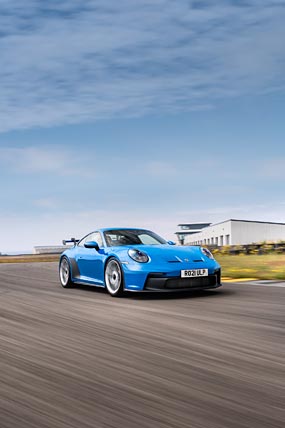 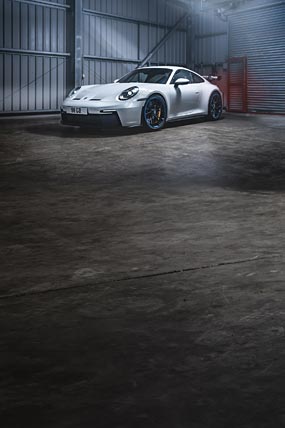 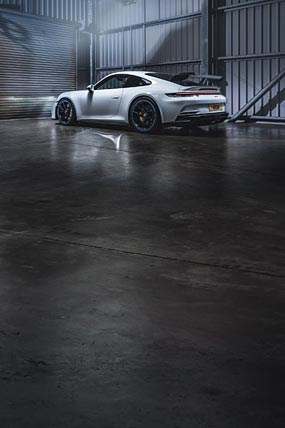 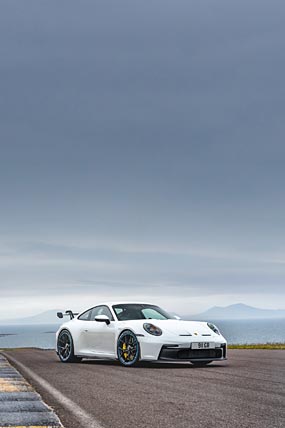 As one of the most popular Porsche 911 models, the new generation GT3 is here and it leans heavily on motorsport derived technology. The engine, which is a naturally aspirated 4.0L Flat 6, is the same unit powering the GT3 Cup race car, producing 503 p and 347 lb-ft of torque. It features a 13:3:1 compression ratio with 9,000 rpm redline, six-barrel throttle bodies and a new lighter stainless steel exhaust system.

Transmission options will consist of the choice between a six-speed manual or seven-speed PDK transmission, with Porsche expecting sales to favour the PDK option. Performance numbers are affected by the choice of transmission, with the 0-62 mph sprint done in 3.4 seconds for the PDK and 3.7 seconds for the manual, whilst the 0-100 mph times increase the gap further with 7 seconds and 7.9 seconds respectively.

The front suspension setup has been borrowed straight from the 911 RSR, with a double-wishbone configuration designed to keep more of the tires contact patch on the road whilst under high lateral forces. Integrated helper springs and rose-joints have been integrated throughout, and the rear suspension has also been totally revised. In the end, the 992 generation 911 GT3 has undergone plenty of improvements to what was already an outstanding car.