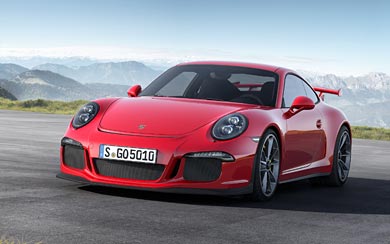 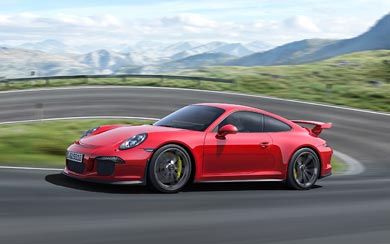 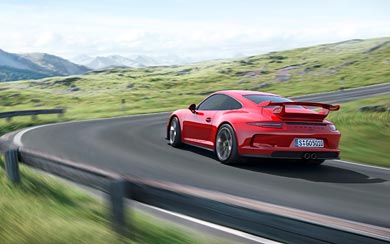 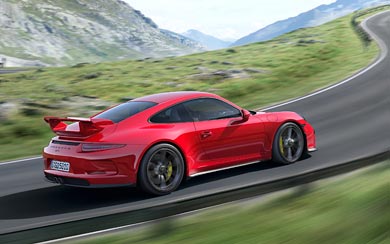 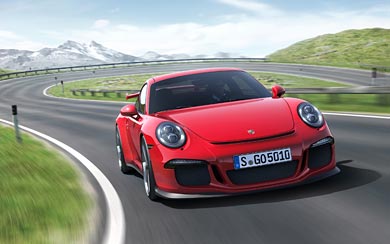 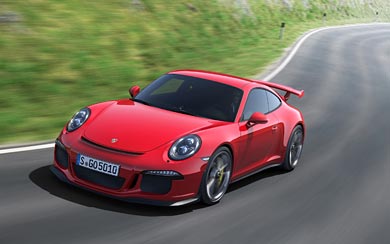 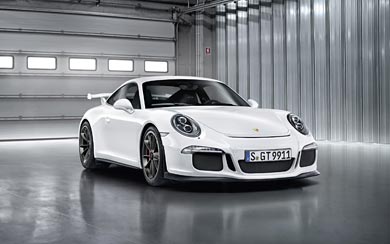 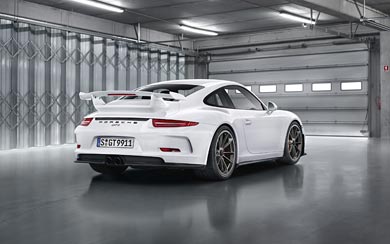 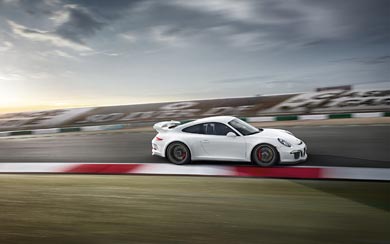 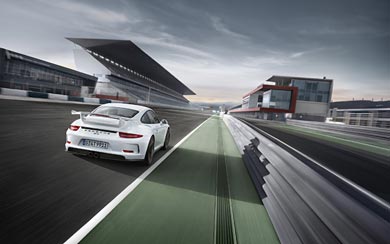 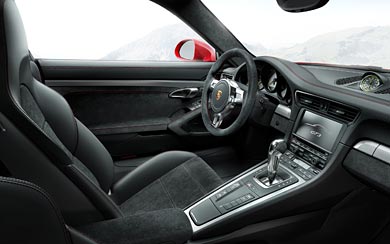 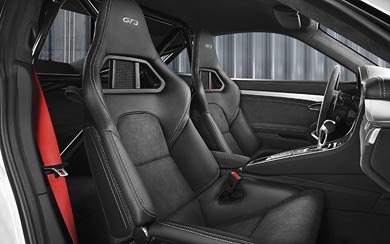 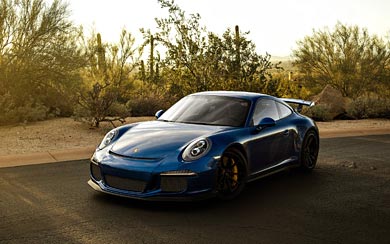 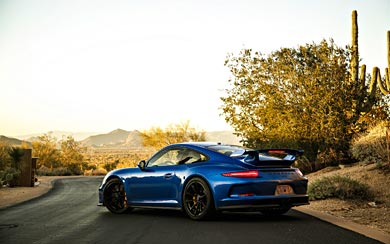 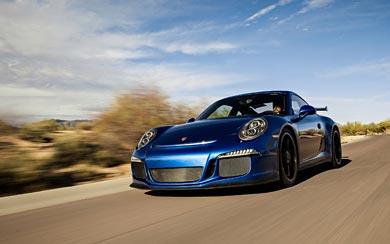 The Porsche 911 celebrates its 50th anniversary in 2013. Porsche is marking this anniversary year by starting a new chapter in the area of high performance sports cars for circuit tracks. Following the total production of 14,145 GT3 cars since 1999, the fifth generation of the Porsche 911 GT3, an allround redevelopment, is set to take on the pole position among the thoroughbred Porsche sports cars with naturally aspirated engines. Both engine and transmission, as well as body and chassis are entirely new, and extend the 911 GT3 concept with an impressive performance leap. This is due to the new active rear-wheel steering, as well as other features.

The powertrain of the new 911 GT3 is composed of a 3.8-litre flat engine that yields 475 hp (350 kW) at 8.250 rpm, a Porsche Doppelkupplung (PDK), and the high-traction rear-wheel drive. The six-cylinder engine is based on the 911 Carrera S engine, but shares only few common parts. All other components, particularly the crankshaft and valve train, were specially adapted or developed for the GT3. For example, Porsche is once again using titanium connecting rods and forged pistons. These basic modifications set the stage for an extreme high-revolution engine capable of reaching up to 9,000 rpm. The dual-clutch gearbox is another feature specially developed for the GT3, with characteristics inspired by the sequential gearboxes used in motor racing, thus granting the driver further benefits when it comes to performance and dynamics.