Download Peugeot EX1 Concept car wallpapers in HD for your desktop, phone or tablet. All images belong to their respective owners and are free for personal use only. 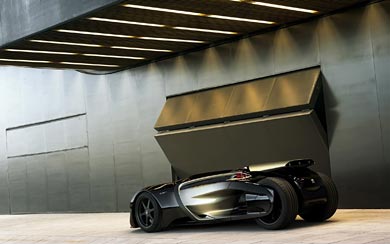 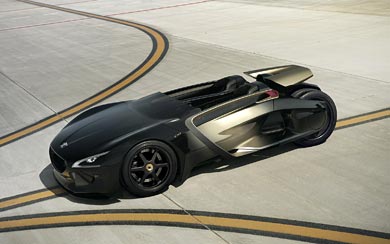 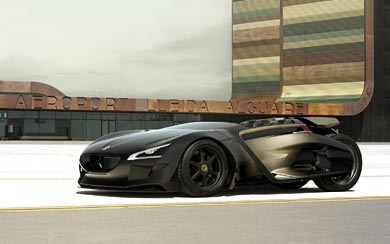 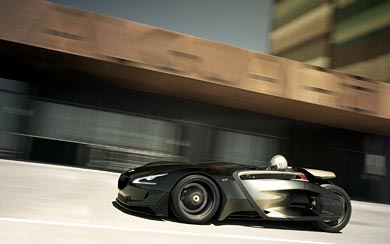 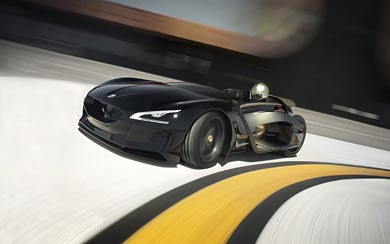 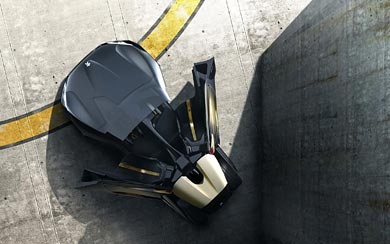 100% electric Peugeot’s latest concept car is a visually striking two-seater roadster with a futuristic styling and an original architecture, designed to offer intense driving sensations as a celebration of the Marque’s 200th anniversary.

100% real The EX1 has already broken several world records for acceleration from a standing start. It owes its stunning performance to its streamlined aerodynamics, its ultra-light structure and its two electric motors, which give the car a cumulative maximum power of 250 kW / 340 bhp and four-wheel drive.

The pure styling of this two-seater roadster is in keeping with its mechanical design, like a kind of “exoskeleton” highlighting the light-weight nature that guided the vehicle’s creation.

The design of the body incorporates Peugeot’s new stylistic design codes, first seen on the SR1 concept car earlier this year, with its “floating” front grille and flowing contours. Polished aluminium components adorn the door surrounds in a reference to the RCZ and BB1.