Download Peugeot L750 Concept car wallpapers in HD for your desktop, phone or tablet. All images belong to their respective owners and are free for personal use only. 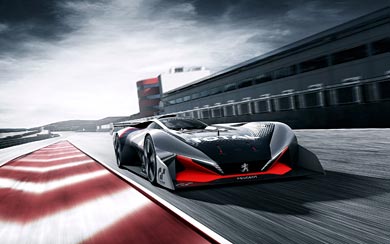 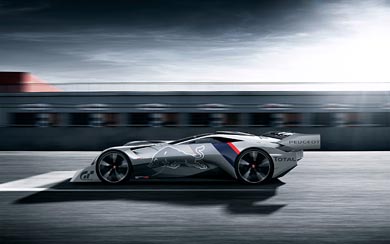 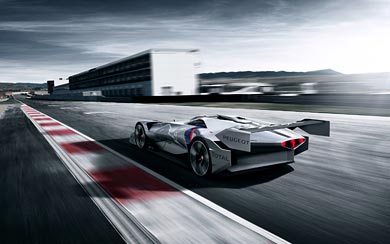 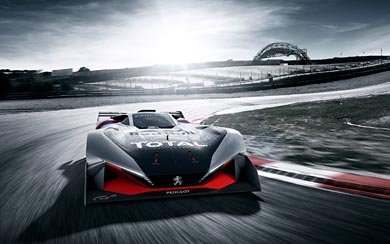 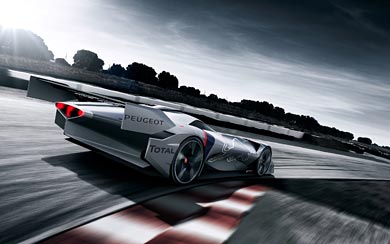 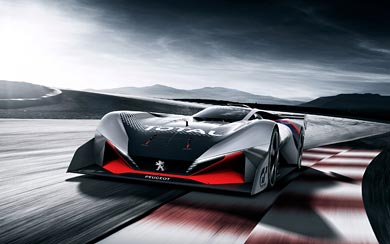 Another Vision Gran Turismo concept has arrived to be featured in the Gran Turismo Sport Playstation game. Following on from the stunning 2016 L500 HYbrid concept car, Peugeot Sport have once again gone to the drawing board with the L750 version, focussing on greater efficiency and speed. The two concepts look very similar with the L750 featuring a much more aggressive racing look with big wings and flaps, when compared to the more streamlined L500.

The powertrain consists of an unknown internal combustion engine rated at 580 horsepower, and capable of revving up to a stratospheric 10,000 rpm. The hybrid in the name comes in the form of a 170 horsepower electric motor, combining for a peak output of 750 horsepower. The lithium-ion battery pack is liquid-cooled to reduce heat build-up, and the brakes feature a dual-circuit hydraulic system and four ventilated carbon discs. Power is sent through a sequential 7-speed gearbox developed from race technology, remaining light and helping the car to an incredible 825 kg kerb weight. The car is not slated for production, but may provide a glimpse at future offerings from Peugeot.