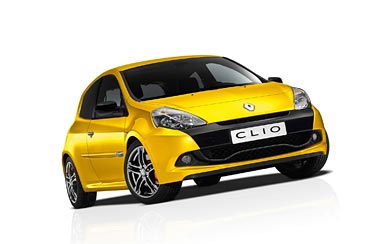 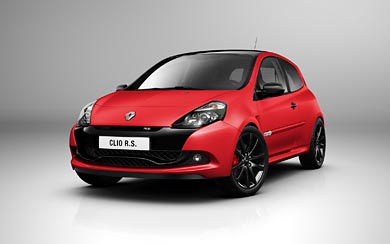 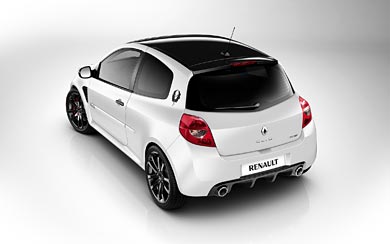 Since 2000, the successive variants of Renault Clio RS have led to it becoming the best-selling performance hatchback of its class, with worldwide sales totalling more than 70,000 cars. The strengths of Clio III Renault Sport’s chassis, brakes and steering combined with the precision of its gearbox have resulted in the model being widely praised as the most efficient of its class, by the media and exacting owners alike.

New Renault Clio RS’s aerodynamic features include a front splitter, front-wing air-extractors and a rear diffuser, a unique feature in this segment. Compared with the new version’s predecessor, the CdA has been cut by 0.02 to 0.75.

Compared with New Renault Clio, New Clio RS’s grip and cornering potential have been upgraded, with the front and rear tracks widened by 48mm and 50mm respectively. The wheelbase has been extended by 10mm to 2,585mm for greater stability, while the front suspension’s independent steering axis layout is unique to the B segment. To minimize weight, this technology employs aluminium components and guarantees precise handling and outstanding traction whatever the conditions. Driving pleasure is further enhanced by the responsive front end which is insensitive to torque steer, both through tight corners and along straights. Based on that of New Renault Clio, the rear suspension features a reinforced programmed deflection torsion beam which complements the efficiency of the front end’s independent steering axis system to ensure precise, immediate turn-in response.