Download Toyota FT-1 Concept car wallpapers in HD for your desktop, phone or tablet. All images belong to their respective owners and are free for personal use only. 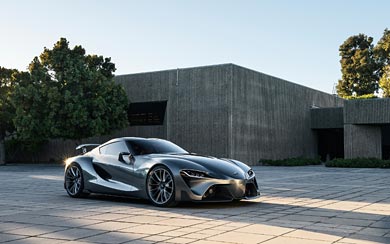 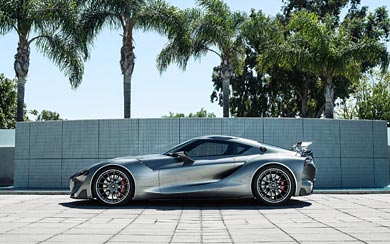 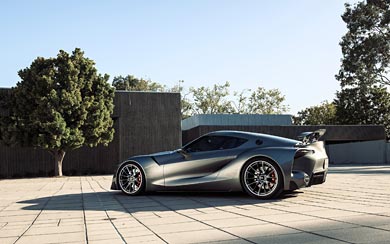 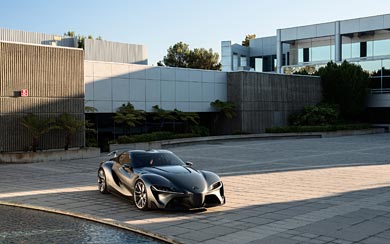 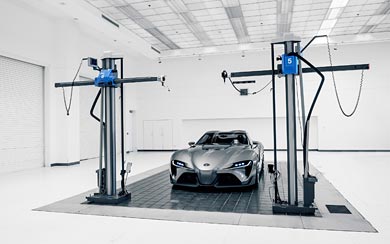 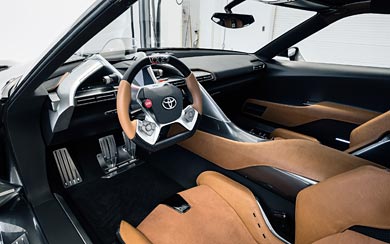 Proof that its beauty lies on the inside and out, Toyota revealed a second interior styling and exterior color for an upscale interpretation of its sensational FT-1 sports car concept. Developed by Calty Design Research in Newport Beach, California, the concept vehicle’s graphite exterior paint and light, saddle-colored leather went on display for the first time at the 2014 Gordon McCall’s Motorworks Revival gala held on California’s Monterey Peninsula.

The original FT-1 concept ignited sports car enthusiasts and the automotive world with its debut at the 2014 North American International Auto Show. Labeled the spiritual pace car for the new direction of Toyota Global Design, the muscular, curved exterior builds on Toyota’s rich sports coupe heritage dating back to the 2000GT, Celica, Supra, MR2 and most recently Scion FR-S. That first vehicle stunned in a bold red, while this second FT-1 impresses with sophisticated graphite. Both share the deeply sculpted intakes and outlets that support its track-ready nature and the dramatic lines seemingly shaped by the wind. It’s a look that gets the heart racing.