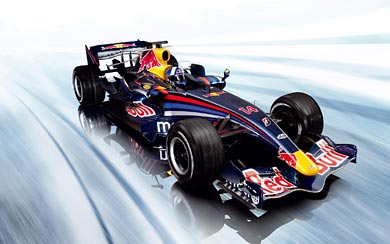 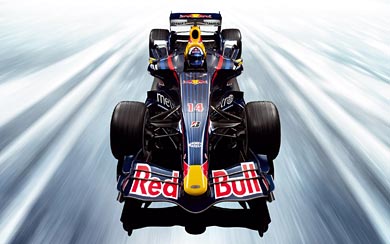 The Red Bull Racing RB3 is the team's first Adrian Newey-designed car and used Renault RS27 engines, after the team's contract with Ferrari was transferred to the Toro Rosso team.

The car, in the hands of both Mark Webber and David Coulthard, is seen to have point-scoring pace, high-lighted by Webber's series of top-ten qualifying positions and Coulthard running fastest in the pre-race Barcelona testing. The design is distinctly Adrian Newey, bearing a resemblance to past cars such as the 2005 McLaren MP4-20. However, like the McLaren, poor reliability and mechanical problems have hampered the drivers on numerous occasions. Problems included things as trivial as faulty brake pedals and notoriously jamming fuel-flaps. However the most pressing reliability issue was the introduction of a seamless-shift gearbox to the car, which resulted in numerous race retirements for both Mark Webber and David Coulthard, such as at the Monaco and Canadian Grands Prix respectively.