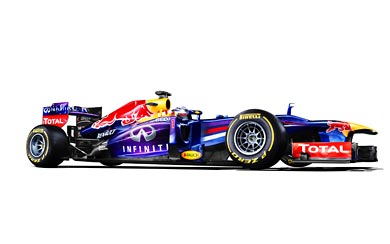 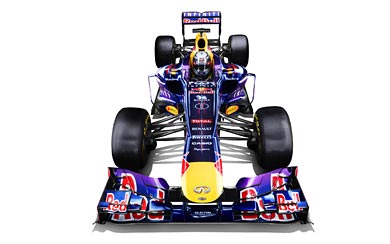 The Red Bull RB9 is a racing car designed by reigning World Constructors' Champion Formula One racing team Infiniti Red Bull Racing. The car was driven throughout the 2013 Formula One season by three-time World Drivers' Champion Sebastian Vettel and team-mate Mark Webber. Sebastian Vettel, in keeping with his tradition of naming his cars, named his RB9 "Hungry Heidi," after German model Heidi Klum. Vettel would ultimately claim the drivers' championship title, for the fourth consecutive season, at the Indian Grand Prix, after ten wins during the season.

In January 2013, Red Bull Chief Technical Officer Adrian Newey admitted that development of the RB9 chassis had been put on hold during the second half of the 2012 season so that the team could concentrate on developing its predecessor, the RB8, in order to secure the 2012 World Drivers' and Constructors' Championship titles.

The RB9 had a strong debut in Australia, with Vettel topping both Friday practice sessions, before taking pole position in qualifying, ahead of team-mate Webber. Webber suffered a poor start due to a problem with KERS, while Vettel suffered with tyre degradation and finished the race in third place. Webber finished the race in sixth place.