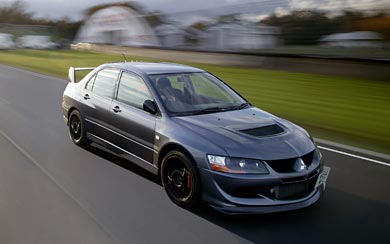 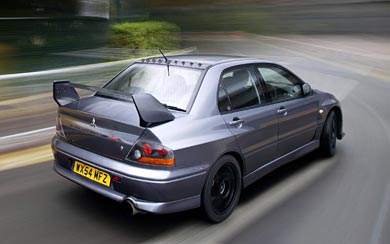 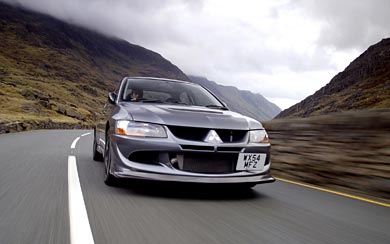 Mitsubishi Motors UK has taken the wraps off the fastest saloon car ever produced by a major manufacturer. Built to celebrate the thirtieth anniversary of Mitsubishi’s entry into the UK market, the new Lancer Evolution VIII MR FQ-400 will be built in a limited edition run of just 100 cars, and is available to order now priced £46,999.

The new model is based on the Lancer Evolution VIII MR FQ-320 and was developed in the UK by Mitsubishi Motors UK’s motor sports department, in association with tuning specialists Rampage, Owen Developments and Flow Race Engines. Together, they modified the Lancer’s legendary 2.0-litre turbocharged engine so that it now produces a mighty 405bhp and 355lb ft of torque.

This is enough to propel the FQ-400 from 0-60mph in an incredible 3.5 seconds and on to a top speed in excess of 175mph. It is a performance that even some of the world’s most exotic supercars struggle to match. The £330,000 Porsche Carrera GT, for example, requires 3.9 seconds to sprint from 0-62mph, while the ultra-exclusive Pagani Zonda needs 3.7 seconds. The BMW M3 – hitherto the benchmark ‘everyday supercar’ – takes 5.3 seconds to achieve the same feat.