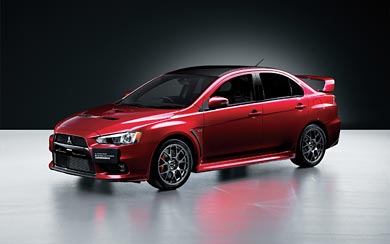 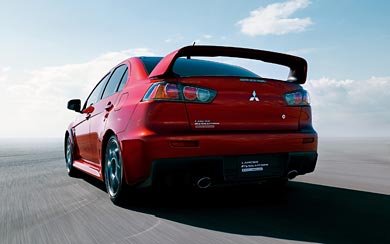 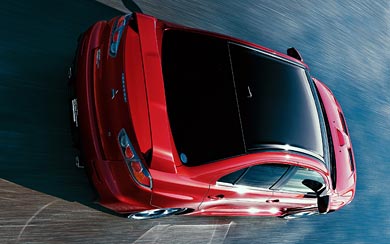 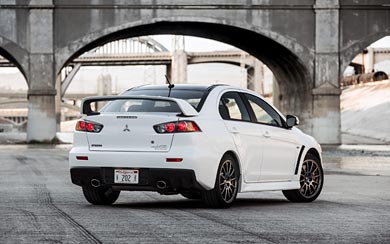 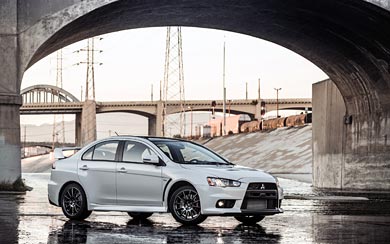 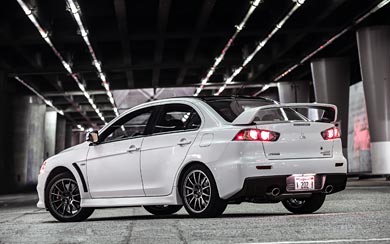 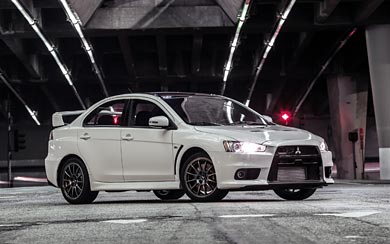 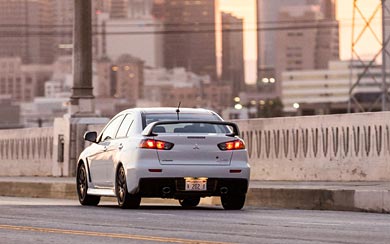 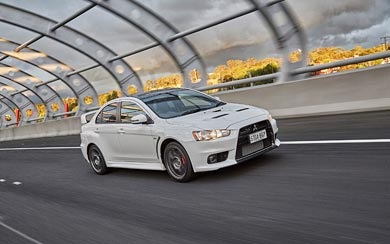 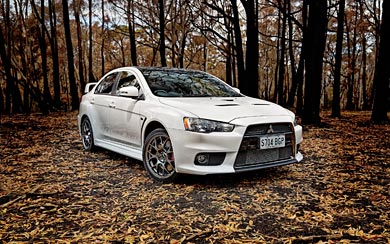 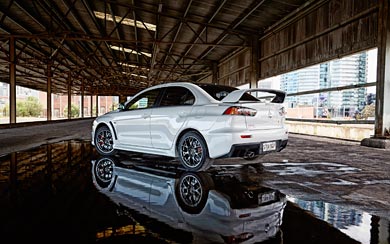 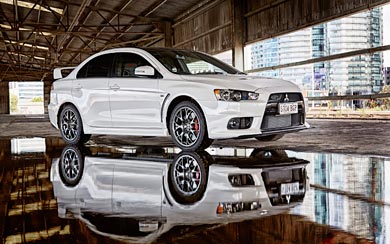 In its 10th and final generation, the Lancer Evolution is a car that is beloved by many and arguably the originator of the four-door sports car genre. To send it off in style, Mitsubishi will offer a limited-production, Final Edition model; only 1,600 numbered Final Edition models will be produced.

Already known for its pulse-pounding performance, the Lancer Evolution Final Edition increases horsepower to 303 and torque to 305 lb-ft. Performance is further added by use of lightweight two-piece Brembo brake rotors up front, accompanied by Bilstein shock absorbers and Eibach springs at all four corners. As with all 2015 Lancer Evolutions, the Final Edition features Mitsubishi’s Super All Wheel control.

One of the most sophisticated all-wheel drive systems ever developed for a production car, the Super All-Wheel Control (S-AWC) system, working in concert with the Lancer Evolution’s superbly engineered suspension, provides an otherworldly degree of performance and tractability for the 2015 Lancer Evolution.

Based on the design that powered Finnish racing legend Tommi Mäkinen to four straight titles in the grueling World Rally Championship (WRC), the turbocharged and intercooled DOHC 16-valve 4-cylinder 2.0-liter engine found beneath the hood of every 2015 Mitsubishi Final Edition Lancer Evolution model delivers instantaneous power and torque at virtually any rpm within the powerband.