Download Nissan Titan Warrior Concept car wallpapers in 4K for your desktop, phone or tablet. All images belong to their respective owners and are free for personal use only. 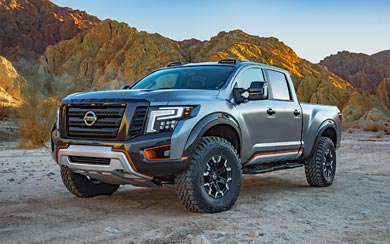 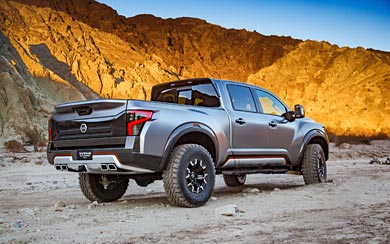 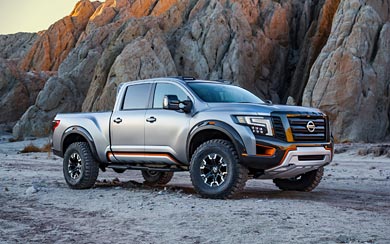 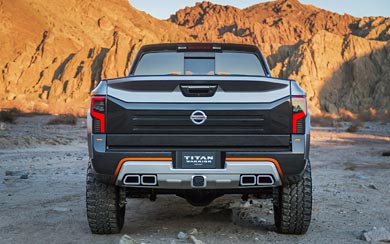 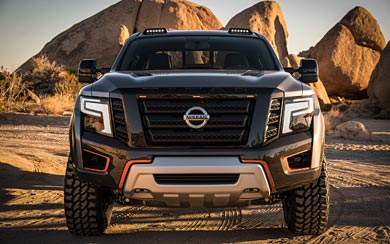 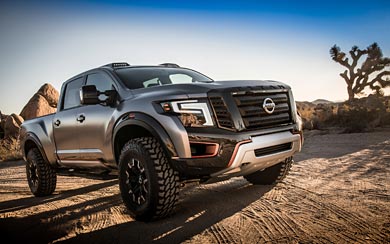 Just as the all-new Titan XD with its Cummins 5.0L V8 Turbo Diesel engine has bulked up the standards for customers shopping the light-duty pickup class, the Titan Warrior Concept was created to take the production version to the extreme.

The Titan Warrior Concept builds on the recent Project Titan, a crowd-sourced customization of an original-generation Titan that sent two U.S. military veterans representing Wounded Warrior Project on a once-in-a-lifetime adventure in Alaska. The new concept truck also pays homage to Nissan’s heritage of off-road racing and adventuring, which goes back to the days of Baja “Hardbody” competition pickups and Paris-Dakar Rally treks.