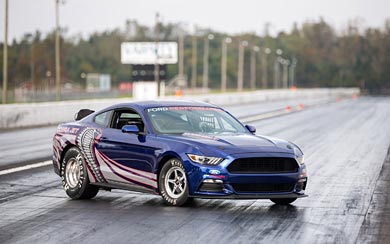 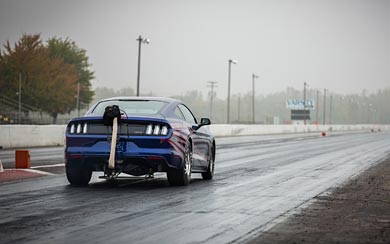 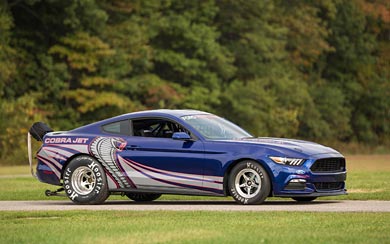 The Cobra Jet engine is made up of 75 percent production Mustang GT components topped by a front inlet Whipple supercharger; as delivered, it’s capable of eight-second quarter-mile times.