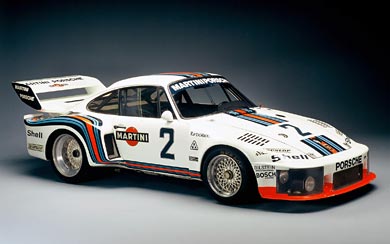 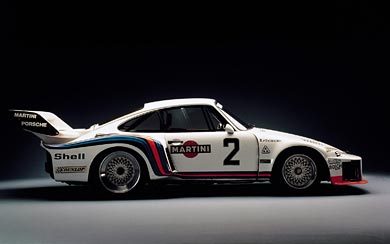 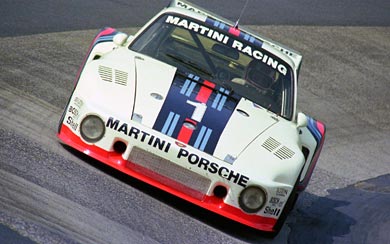 The Porsche 935 was a racing car made by German carmaker Porsche, introduced in 1976. As the factory racing version of the Porsche 911 turbo prepared for FIA-Group 5 rules, it was an evolution of the Porsche Carrera RSR 2.1 turbo prototype, the second place overall finisher in the 1974 24 Hours of Le Mans.

Beginning with the 1977 season, Porsche offered the 935 to customers entering the World Championship for Makes, in the IMSA GT championship and in the German Deutsche Rennsport Meisterschaft (DRM). The 935 went on to win the 1979 24 Hours of Le Mans overall, and other major endurance races, including Sebring, Daytona, and the 1000 km Nürburgring. Of the 370 races it was entered, it won 123.

Usually, no other make could challenge the Porsche 935, due to the availability of customer models. Each race, at the time, typically featured at least five 935s. As racing became a crowd-pleaser, the diversity of the marque suffered. The large turbocharger was used with mechanical fuel injection which caused turbo lag followed shortly by a fireball spitting from the exhaust and an enormous amount of power (up to 800 hp). The dominance of the 935 was ended by the FIA rules changes coming in effect in 1982, when the six numbered groups were replaced by only three groups, A, B and C.